by Amit Awana
in Featured, World
0

Co-operatives must be seen as critical partners in the long term, helping to build more resilient communities and to strengthen local economies, said Guy Ryder, director general of the International Labour Organization (ILO).

Speaking to delegates at the 33rd World Cooperative Congress, Mr Ryder congratulated the ICA on its 125th anniversary (celebrated in 2020) and “its long record of achievement in advancing the cause of social justice, a cause which you share with the ILO”.

Current crises, including climate and Covid-19, have “highlighted the role of co-operatives in helping to transform communities for the better, with the needs of people at the core,” he said, adding that this role was also aligned with that of the ILO.

But he stressed that this alignment isn’t new; co-operators were explicitly recognised as partners of the ILO in its founding constitution, adopted in 1919. “During the ILO’s existence, co-operatives have been permanent allies in our quest to advance social justice and promote decent work,” he said. The first ILO director general, Albert Thomas, was a member of the ICA Central Committee and to this day, the ILO remains the only agency in the United Nations system with an explicit mandate on co-operatives.

Mr Ryder took office as director general of the ILO in 2012, the year of the ICA’s 32nd Congress in Manchester (UK), and also the UN International Year of Cooperatives. “Since that time, bilateral collaboration between the ILO and the ICA has flourished at the global, regional, national and sectoral levels,” he said.

Looking forward, he added that the two organizations faced “formidable challenges” in addressing the needs of the world of work.

“The pandemic has confronted us with the brutal reality of growing inequalities in our societies, the acute vulnerabilities and even structural injustice that we have failed to prevent or to mitigate – and the human suffering caused by the pandemic is all the greater because of that collective failure, which we need to acknowledge,” he said. “People across the globe want and need a recovery that leads to a resilient, sustainable, fairer and better future.”

Mr Ryder acknowledged that historically, the values of mutualism, self-help and solidarity have often seen a surge of interest and attention during times of crisis.

“Although we don’t want to see co-operative action as simply a crisis coping mechanism, there is good reason for this phenomenon, because cooperatives provide answers to many of the immediate and urgent challenges facing the world of work,” he said.

“We’ve seen this during the pandemic, as co-operatives stepped up to support members and communities, across sectors and across regions. And they need to be recognised as the important economic actors that they are and to benefit from the stimulus and recovery packages being put in place.”

He believes that co-operatives must be seen as “critical partners in the long term, helping to build more resilient communities and to strengthen local economies”.

At its 2021 Labour Conference, the ILO launched a global call to action calling for policies that prioritize decent work for all and address inequalities. It sets a comprehensive agenda with specific measures to promote quality employment, economic development, worker protections, universal social protection and social dialogue. And it highlights the importance of the social and solidarity economy, where co-operatives play a central role.

“The co-operative movement will be important in making the commitment in the ILO’s global call for action a reality, working in collaboration with national governments and with employers and workers’ organisations,” said Mr Ryder.

“I invite you to take the next steps on our century-old path of co-operation and to contribute actively to the preparations of that discussion to come next June. It will be an important moment.” 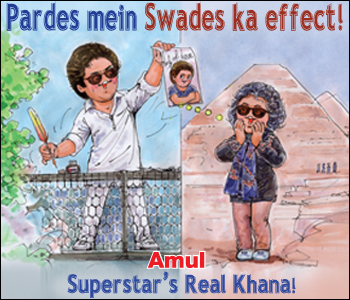