The much touted NCUI Haat was finally inaugurated at its headquarters on Monday by its President Dileep Sanghani. Hundreds of people jostled with each other to be the first to enter into the swanky Haat located at the outer gate of the NCUI campus.

Chairman and MDs of several national level cooperative federations, representatives of government and that of NGO’s, local residents of the areas of South Delhi were there to attend the inaugural ceremony of the NCUI Haat, a unique selling platform for the products of lesser known cooperatives/SHGs, modeled after the Delhi Haat,

After its inauguration one could see NCUI Haat exhibiting products of those local cooperatives/SHGs which have not been able to sell their products due to the lack of marketing acilities. . Initially, small cooperative societies and SHGs of states of Assam, Manipur, Mizoram, Orissa, etc. are exhibiting their products in the Haat. 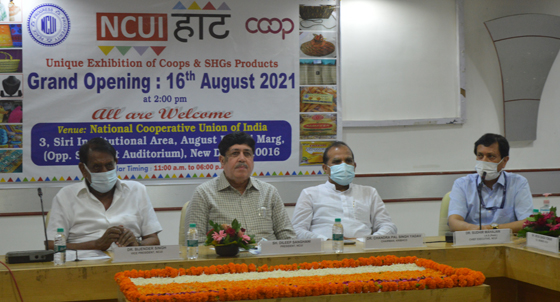 Elaborating on the idea of NCUI Haat, President Sanghani explained how this small step can lead to “Sahakar se Samriddhi”, a concept being mooted by Prime Minister Narendra Modi. “We would replicate this model across the country thereby offering a reliable marketing network for co-ops and a quality product to consumers, ” said Sanghani.

Thanking the Prime Minister for the formation of the new Ministry, Sanghani said Amit Shah was brought in to realize this goal of Sahakar-Smriddhi (Prosperity Through Cooperation) and NCUI vows to move in tandem with the govt, he declared. NCUI will work in accordance with the government policy of going “vocal for local” by expanding its reach in all parts of our country, he underlined

Sanghani also said that NCUI will take up the task of implementing the government schemes and programs through cooperatives, so that the benefits go to the lowest and the most deprived sections of society. Cooperatives ensure that the profits are divided amongst the members, and not among private shareholders, he stated. 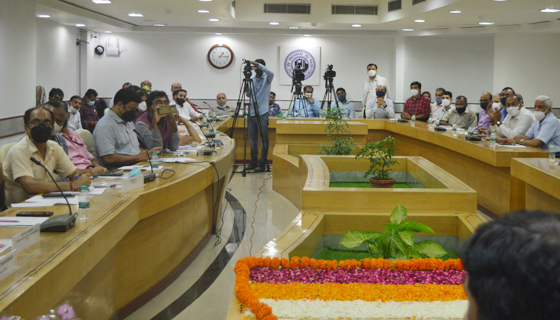 cooperatives are the best medium to strengthen our economy. He said that some of the cooperative products can compete with the multi-national products, but due to their poor marketing, they are not recognized by the common messes. He was optimistic that with the setting up of NCUI Haat, this will provide a platform for lesser known cooperatives to showcase their products.

Dr. Bijender Singh, President, NAFED speaking on the occasion said that there are many good products of cooperatives, but due to poor marketing and publicity their products do not sell. He exhorted media to spread words about the Haat. 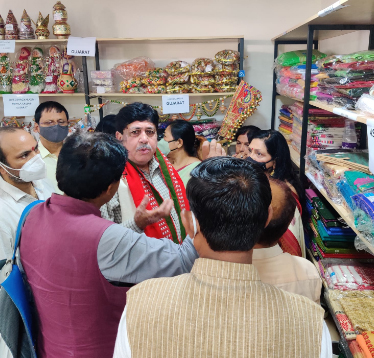 Dr Sudhir Mahajan, Chief Executive explained the concept of NCUI Haat and said it is not merely a Haat but an idea which can revolutionize the co-op movement. If successful it would be opened in all parts of the country for the benefits of weaker co-ops and SHGs. We are connecting with experts such as NIFT for the standardization of their products, said Mahajan.

Though the people working in small cooperative/SHGs have gifted hands as they produce amazing products but due to poor market linkage they are not able to showcase/sell their products and hence this Haat would provide an excellent opportunity to them.