Media reports say People for the Ethical Treatment of Animals [PETA] has accused Amul, of using vegan Grand Slam winner Novak Djokovic’s likeness in one of their topical ads.

Djokovic is a vegan who won his 19th Grand Slam, and PETA India slams Amul for appropriating his image in the ad.

PETA has sent a letter to Amul, asking them to pull down the advertisement, which it deems to be “deceptive.

Earlier PETA had raised objections to Amul using Joaquin Phoenix’s caricature in one of their topical ads.

Sources familiar with the development say the dairy cooperative will soon be commenting on the matter.

After Brazil, IFFCO to set up Nano Urea Plant in Argentina; MoU signed 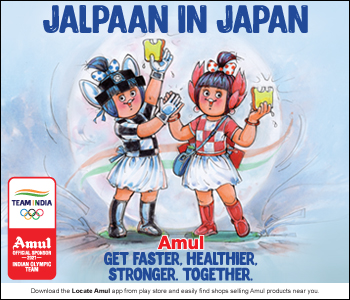