Despite extension of Liquidator’s term, no progress in Adarsh Co-op case

Liquidator’s term extended for one year to 29th Nov, 2021

by Rohit Gupta
in Banks
2

Though, the office of central registrar of cooperative societies has extended the term of liquidator appointed in the beleaguered cooperative- Rajasthan based Adarsh Credit Cooperative Society, still the investors of the society are going from pillar to post to get their money back.

Firstly, the Central Registrar of Cooperative Societies had appointed liquidator H S Patel on 29th November 2019 and now the extension has been given for a further period of twelve months from 29 November, 2020.

The order released from the office of central registrar which is signed by Alok Agarwal, Director (Cooperation) reads, “The completion of liquidation work of Adarsh Credit Cooperative Society, Ahmedabad, Gujarat will require more time and it has been deemed expedient to extend the term of liquidator for a period of twelve months from November 29, 2020”.

“Therefore, in continuation of this Department’s order dated 29.11.2019, the term of the liquidator of Adarsh Credit Cooperative Society Limited, Ahmedabad, Gujarat is hereby extended up to 28th November 2021. The liquidator is requested to complete the liquidation work within the given period. The order is issued with the approval of the Central Registrar of Cooperative Societies”, it further reads.

Social media is filled with tweets of gullible investors who are asking the central government especially Prime Minister Narendra Modi to intervene in the matter and help lakhs of helpless investors in getting their money back.

Earlier, Talking to Indian Cooperative, H S Patel found himself helpless in doing justice to the investors, because of account freezes and properties attached by several probe agencies.

“I have difficulty in winding up fraudulent Adarsh Credit Co-operative because the Enforcement Directorate and other probe agencies have attached properties and frozen the accounts of the society. Due to this I am unable to sell/auction properties to pay back the money of investors”, he said on the phone.

Beginning in Sirohi in Rajasthan, Adarsh Credit branched off to Haryana and Gujarat with its headquarters in Ahmedabad. More than seventy percent of investors are said to belong to Rajasthan.

The founder chairman of Adarsh Credit Co-op Mukesh and his family members are alleged to have run Ponzi schemes and floated several fake companies to which they diverted Rs 8400 crore. 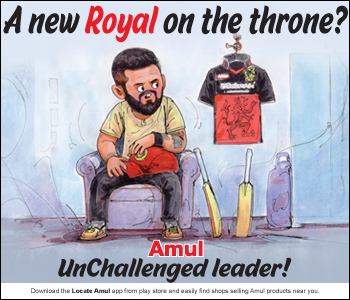