by Ajay Jha
in NCCT, NCUI
0

Readers would recall that Ministry had sent a letter on December 3 , which suggested reduction of NCUI President’s powers. According to the letter, the President of the NCUI would no longer head the subcommittee on ANF (Administrative and Finance), instead, Additional Secretary Finance would do.

The NCCT Board meeting had rejected this in its January meeting.

It was during Sisodia’s time when Sharad Pawar was the Minister that a separate entity to oversee the training was thought of. While Rs 100 crore was given by the government, another Rs 100 crore by the cooperative sector. In five years the corpus fund grew into Rs 300 crores , the interest of which met the training needs. A committee under the Chairmanship of NCUI President and two government officials along with two cooperators was set up.

The amendments have indeed disturbed the pace of work, Yadav shared with Indian Cooperative. On the one hand, a corpus fund is created and on the other an amended grant-in-aid rule arrives entrusting the Additional Secretary with all the financial powers, he added.

The fact is when the government is not giving grant-in-aid where is the question of following the amended grant-in-aid rules, Chandra Pal asked.

But we wish to run the organization and meet the training needs of cooperative organizations spread across the nation. As the head of the apex body I thought it my duty to apprise the Minister of these developments.

The hounarable Minister has been kind enough to see the point and promised to look into the matter to straighten out the anomaly. We have no issue accepting the government supremacy and wish to be under its umbrella but the issue requires urgent attention, NCUI President said to Indian Cooperative.

He nevertheless wondered when the system was running so smoothly under the corpus fund arrangement what is the need of disturbing it.

We seem to be more preoccupied with who would be there in the committee. This is high time we focused more on imparting better training to cooperators and co-op officials, NCUI President underscored. 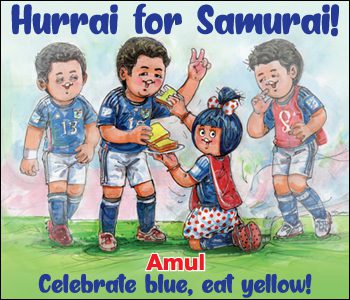