While the Covid situation in India is worsening with each passing day, the fertilizer cooperative IFFCO is leaving no stone unturned in achieving its monthly production targets at this difficult time. The story was no different for August.

IFFCO’s units have mostly achieved their targets in the month. IFFCO’s Phulpur unit produced and despatched urea in time and almost achieved the monthly production targets. The story is the same for Kalol.

The IFFCO Paradeep achieved highest ever monthly production, bagging & despatch target of complex bulk fertilisers for the month of August 2020, winning a word of appreciation from the MD Dr U S Awasthi.

IFFCO’s Aonla Unit head I C Jha and his team also received words of appreciation from the MD for achieving the monthly targets.

IFFCO’s overseas subsidiary JIFCO has also surpassed the monthly production target for August 2020. The MD congratulated the JIFCO team through a tweet.

MD Dr Awasthi congratulated each team separately. For IFFCO’s Phulpur Unit head in particular, IFFCO MD tweeted, “Congratulations for making good effort by #IFFCO #Phulpur Unit @mmasood278 & entire team even at this crisis time of #corona pandemic. The unit produced & despatched #urea fertiliser in time and almost achieved the monthly production targets for the month of #Aug2020. Keep it up”.

Similarly, he tweeted for other units and encouraged them to perform better in future too.

Besides, IFFCO’s Kandla Unit has also surpassed the given monthly production targets for the month of August 2020. The unit even dispatched fertilisers well in time in the difficult times of corona.

Readers would recall that in the wake of Covi-19, IFFCO had organized its Annual General Meeting through video conferencing where a large number of audiences registered themselves and delivered the highest dividend of 20% yet again for the 19th year to the share-holders.

It was perhaps the first Co-op AGM which was conducted through a Hybrid model- digital as well as physical. 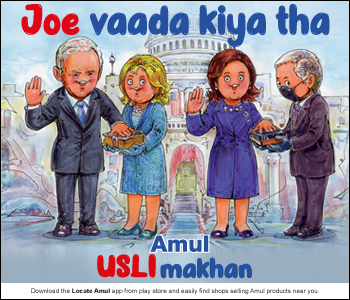