by Staff Reporter
in IFFCO
0

In the presence of Union Minister of Chemicals & Fertilizers and Health & Family Welfare Mansukh Mandaviya, a practical field trial of Drone Spraying of Nano Liquid Urea was conducted in Bhavnagar, Gujarat. The trial was attended by a large number of farmers. This demonstration of spraying liquid Nano urea by drone was undertaken by IFFCO, a co-operative involved in developing Nano urea.

Union Minister Mandaviya underscored the activity as a huge achievement. “India has become the first country in the world to start commercial production of Nano Urea. Not only has Nano Urea been produced on a large scale today, but we are happy that farmers are adopting it on a large scale since the very beginning. It started production in June and till now we have produced more than 5 million bottles of Nano Urea. More than one lakh bottles of Nano urea are being produced every day”, he said.

Talking about the field trials of drone spraying held on Friday, Mandaviya said, “Many questions and doubts remain in the minds of people regarding conventional spraying of fertilizers and pesticides. Concerns are also expressed about the potential harm to the health of the sprayers. Drone spraying will solve these questions and problems. Drones will be able to spray more land in less time. This will save the time of the farmers. The cost of spraying will be less. This will result in financial savings to the farmers. Along with this, the safety of the sprinklers will also be ensured.” 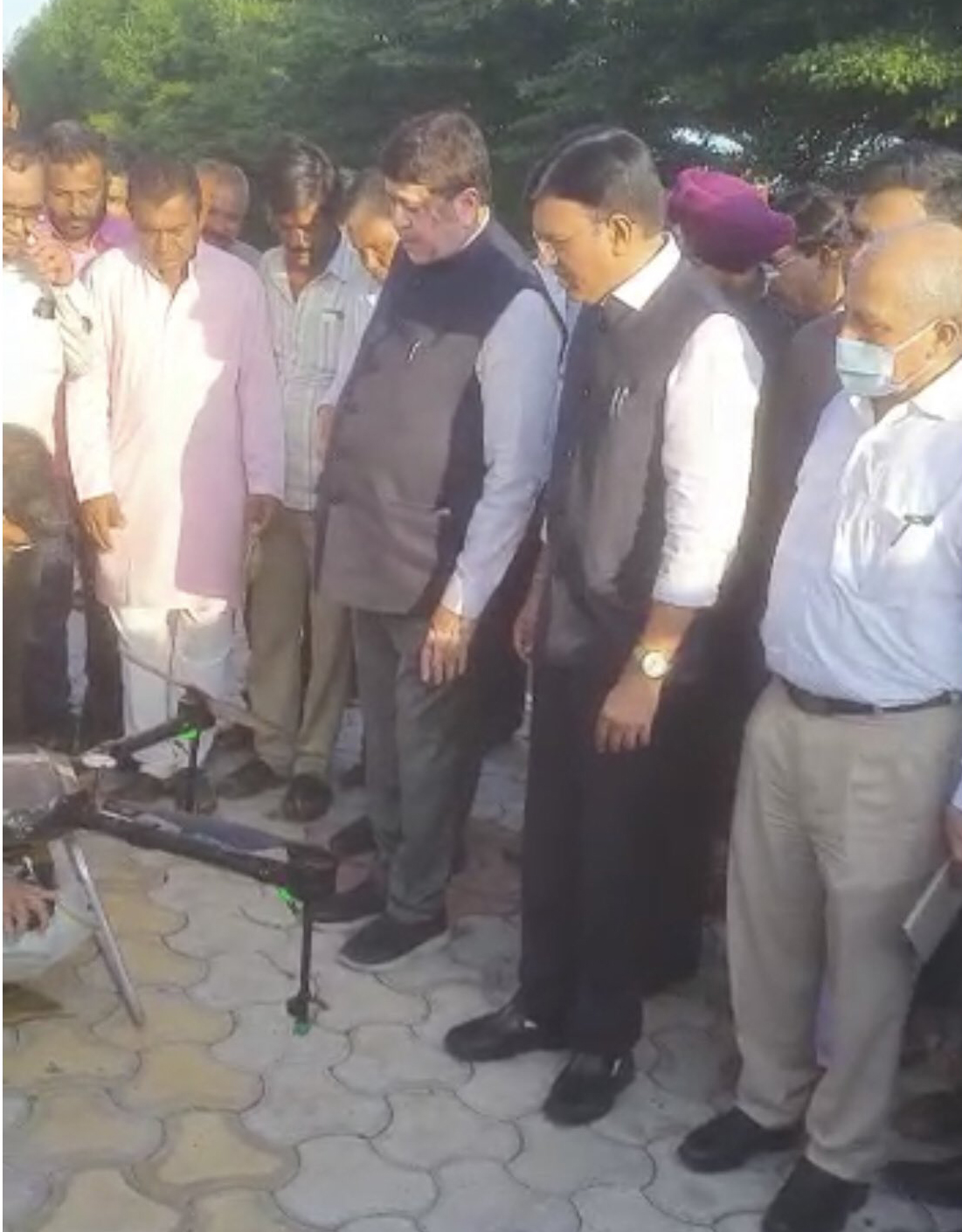 Mandaviya said that in a short span of time, Liquid Nano Urea has emerged as a powerful alternative to conventional Urea. He also said that increasing use of liquid Nano urea will result in economic savings to the farmers, increase productivity and reduce India’s dependence on urea imports. This will also reduce the subsidy burden on the government and the government will be able to use this savings on other public welfare schemes.

“IFFCO in its study has found that spraying Nano urea through drones is more effective on crops and will also have a positive effect on productivity. A large number of farmers participated in today’s trial and eagerly inquired about Nano urea and the technique of drone spraying. IFFCO experts answered the queries of the farmers”, read an IFFCO release on the subject.

On this occasion, along with Union Minister Mandaviya, President of National Cooperative Union of India and Vice President of IFFCO Dilip Sanghani and Yogendra Kumar, Marketing Director, IFFCO were also present.

Webinar held on Transformation of Fishers and Fish Farmers

Webinar held on Transformation of Fishers and Fish Farmers