by Ajay Jha
in ICA
0

Indian co-operators had a chance to interact with the ICA President Ariel Gaurco on Monday, after the heat generated in the wake of the mega co-op conference of Saturday, settled down somewhat. NCUI organized the event at its headquarters on Monday. NCUI facilitated the interaction of several co-operators from across states of India with the Chief of the global co-op movement Ariel Gaurco.

Present on the occasion to welcome the ICA President were NCUI President Dileep Sanghani and ICA AP Vice-President Dr Chandra Pal Singh, among others. Representatives of various co-op organizations such as Sunil Kumar Singh from Nafed, Tarun Bhargava from IFFCO, H K Patil, and Jyotindra Mehta from Nafcub were present in person.

Many others including Amul MD RS Sodhi, Buldana MD Sukesh Zamwar, Mr Kishore from ULCCS, Bhima Subramaniyam from Nafscob also interacted with the ICA President through technical means and welcomed him to India. NCUI’s employees were also present in strength.

NCUI Chief Executive Sudhir Mahajan welcomed Gaurco and briefed him about various activities of NCUI including Co-op Haat and modules of training programs being employed by the apex body. “We are watching a paradigm shift for co-operatives in India—from forming co-operatives to co-operatives graduating into business enterprises”, said Mahajan on the occasion. 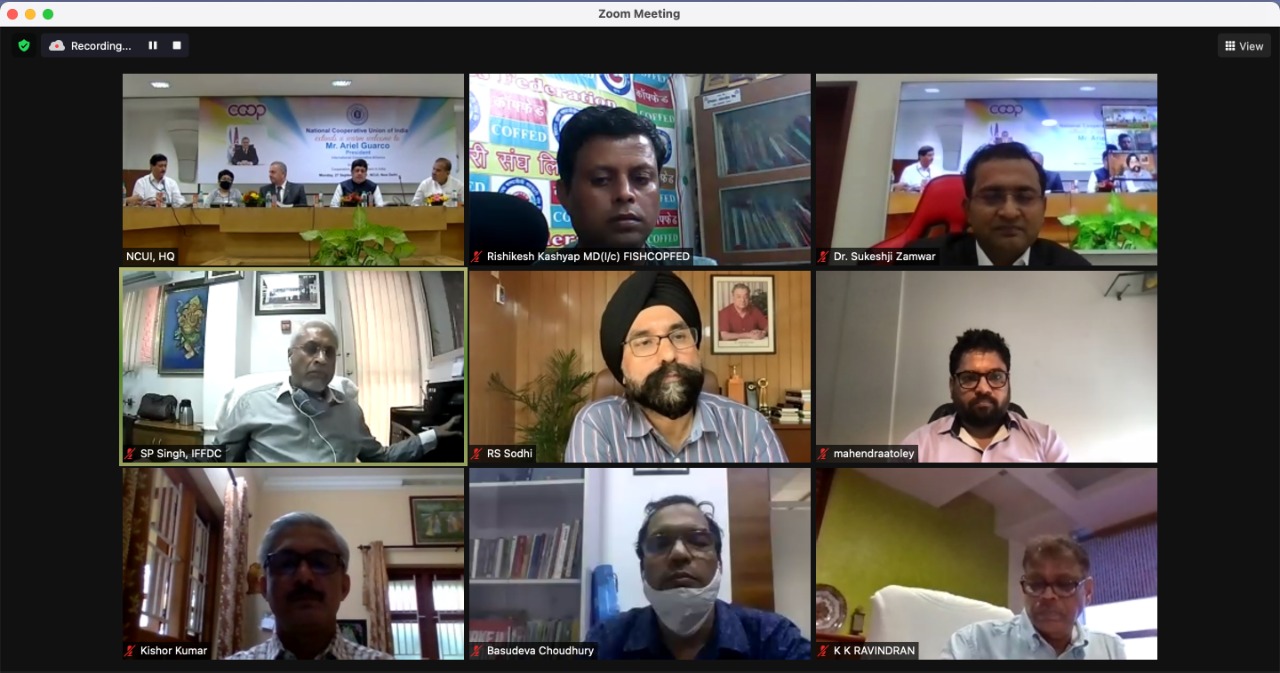 NCUI President Dileep Sanghani welcomed Gaurco and said his presence at the conference has raised it to the status of a global cooperative affair. “I thank you on behalf of millions of Indian co-operators”, said Sanghani.

ICA AP Vice-president Dr Chandra Pal Singh read his speech and thanked the ICA President for his arrival to India on this great occasion. “Indian cooperative is on the verge of a take-off and your presence is encouraging”, Yadav said.

In his speech, ICA President Ariel Gaurco said that it feels good to meet co-operators in person as meeting through technical means has its own limitations. I am happy that I am visiting India for the third time, he added.

Gaurco also said that the creation of a separate Cooperation Ministry in India will have a positive impact across the globe. India is home to a very strong co-op movement and I only expect that it continues to support the various co-op projects of ICA. Gaurco thanked Union Minister Amit Shah, who met him separately after the mega 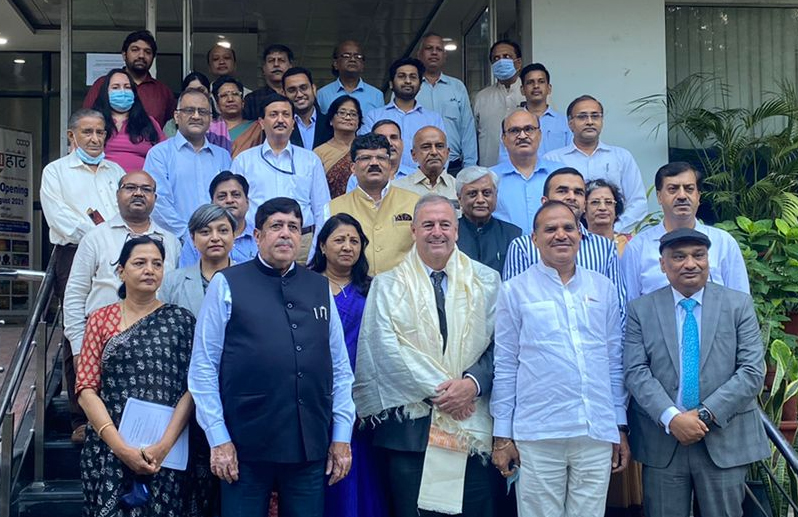 co-op conference at his residence.

Gaurco also took the opportunity to thank two individuals Tarun Bhargava of IFFCO and Subramaniyam from co-op banks for lending him all support. They are doing a wonderful job, he added.

Biscomuan Chairman Sunil Kumar Singh also spoke on the occasion welcoming Gaurco on behalf of Nafed where he is the Vice-President. Using the English language in his speech Sunil narrated the spectacular performance of Nafed in recent years.

Welcoming ICA President H K Patil reminded him that cooperative spirit has been permeating Indian culture from time immemorial. Speaking after him, Nafcub President Jyotindra Mehta said that like ILO slogan for workers, ICA should coin a slogan exhorting co-operators of the world to unite.

In his concluding remarks, Gaurco said that not only India but also the world needs more of Amul and IFFCO. The two highly successful co-ops have proved to the world the worth of the co-op model, felt Gaurco. 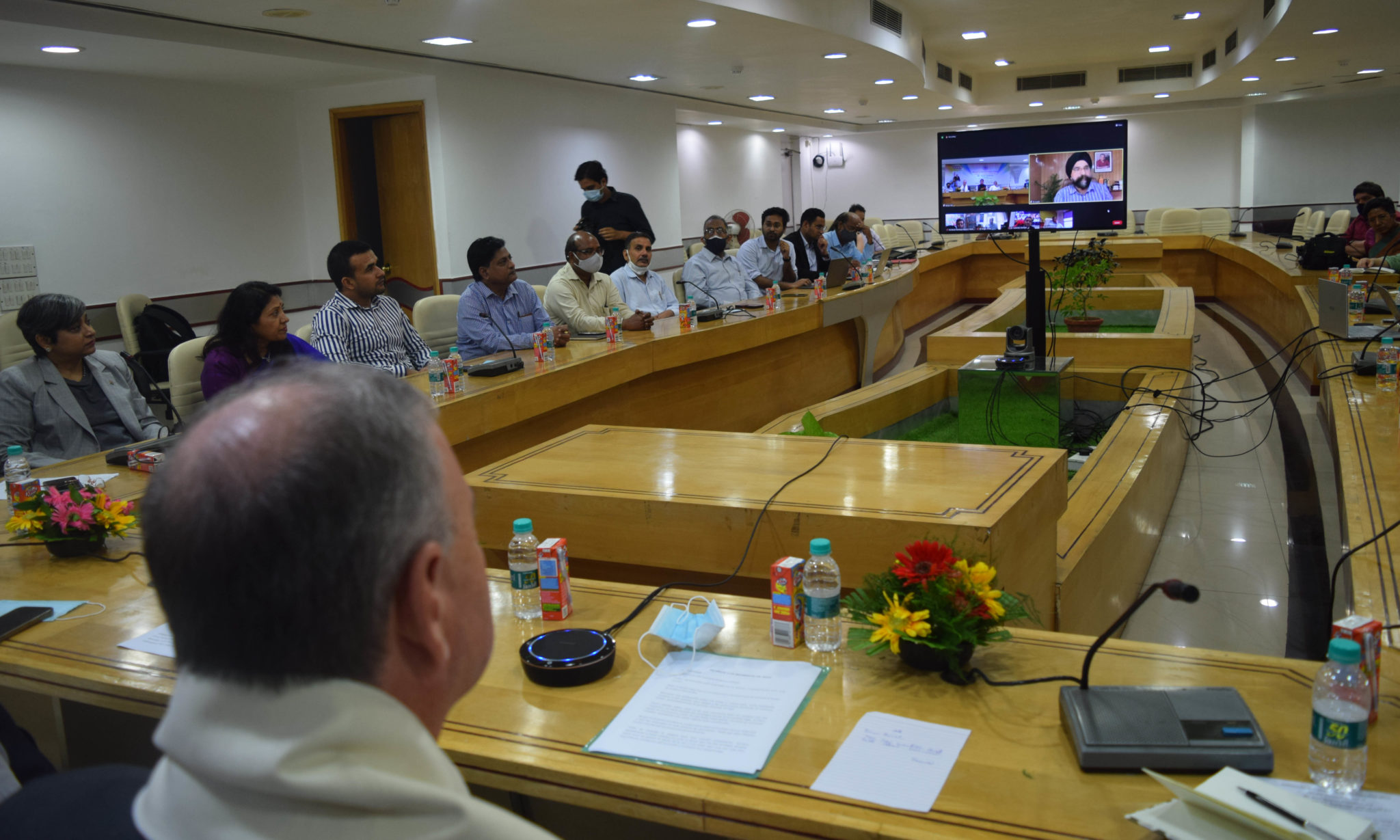