In a major development, several courts of the country have almost simultaneously stayed the Circular of RBI dated 25th June 2021, asking UCBs to appoint MDs or CEOs or Whole Time Directors according to their dictates.

Indian Cooperative has judgments of at least four courts where the execution of the RBI circular has been stayed. These are High Court of Judicature for Rajasthan Bench of Jaipur (S.B. Civil Writ Petition No. 9412/2021), HC of Judicature for Rajasthan at Jodhpur (S.B. Civil Writ Petition No. 11222/2021), High Court of Punjab & Haryana at Chandigarh (CWP 165090/2021) and the latest one of the High Court Madhya Pradesh ( WP 16168/2-21).

It bears recalling that Reserve Bank of India issued circular dated 25th June, 2021 directing Primary (Urban) Co-operative Banks of the whole Country to appoint Managing Directors/ Chief Executive Officers of such banks, as per the eligibility criteria prescribed by RBI, and remove/terminate all such Managing Directors/ Chief Executive Officers of Banks who are not fit and proper as per the said circular.

High Court after hearing the arguments of the Counsels for petitioner bank-issued notices accepting the challenge to the constitutionality of the Banking Regulation (Amendment) act, 1949, and stayed the effect and operation of Reserve Bank of India’s circular dated 25th June 2021. Mahanagar Nagrik Sahkari Bank, Bhopal had challenged the Banking Regulation (Amendment) Act, 2020, and consequential Circular dated 25 June, 2021, on the ground that the same is ultra vires of the Constitution of India, 1951.

It was also argued that Parliament has competence only to legislate in relation to ‘Banking’ as provided in Entry 45 of List I of the Constitution, thus previously in 1966 on such provisions of Banking Regulation Act, 1949 were made applicable to co-operative banks which related to banking activities y and the rest of all provisions which touched ‘incorporation, regulation and winding up of the Constitution of India were kept in omission.

Thereafter, Part IXB was inserted in Constitution, vide 97th Constitutional Amendment, 2011, whereby 2nd Proviso to Article 243ZL made all the provisions of the Banking Regulation Act, 1949 applicable to all such co-operative societies doing the business of banking.

In the Writ Petition of Manish Gupta Vs Union Of India/RBI, the HC bench of Jodhpur observed that “In the meanwhile, no action shall be taken against the petitioner pursuant to the clause (4) of the communication dated 25.06.2021, issued by the Reserve Bank of India.

In the case of Dr Karan Sharma v. RBI and others, the Case was heard through Video Conferencing and Hon Court observed case is adjourned till October and Status quo regarding service be maintained till then.

In the matter of Dharmendra Vs RBI and others Justice Dinesh Mehta observed that “Matter requires consideration. Issue notice. Issue notice of stay application also, returnable within six weeks.

Meanwhile, no action shall be taken against the petitioner pursuant to clause (4) of the communication dated 25.06.2021, issued by the Reserve Bank of India. 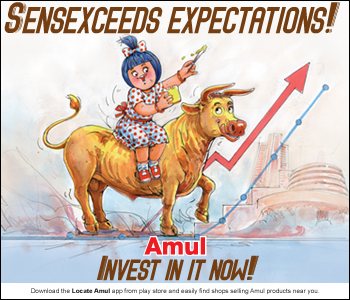