During the 35th meeting of the Standing Advisory Committee of RBI in Mumbai on Friday, Nafcub President Jyotindra Mehta aggressively placed the burning issue of achieving the prescribed targets by Urban Cooperative Banks under Priority Sector Lending and said this is creating the situation of death by slow poison.

In the meeting, which was presided over by RBI Deputy Governor Rajeshwar Rao and attended by the representatives of a few state urban cooperative banks federations, Mehta also raised many other issues including issuances of license for new UCBs, Banking Regulation (Amendment) Act 2020 and issues of tenure of directors, umbrella organization etc.

Mehta demanded modifications in achieving the targets for UCBs under Priority Sector lending from existing 60 percent to 40 percent on the lines of Commercial Banks.

Soon after the meeting talking to Indian Cooperative Nafcub President Jyotindra Mehta saib, “It was a fruitful meeting and several issues pertaining to the cooperative sector were tabled for the discussion. The issue related to achieving the prescribed target under PSL stirred up a storm and Mehta asked RBI officials to look into the matter”.

“Earlier i.e. 31st March 2020, the target for UCBs for lending advances under the PSL was 40 percent but now it has been enhanced to 60 percent and for 31st March 2024, it will be 75 percent, which is becoming a big burden for UCBs and a matter of serious concern. The banks are facing challenges in lending toward the weaker sections of society. It is 12 percent of total advances of UCBs”, he informed this correspondent on the phone.

He further added, “If UCBs fail to achieve the PSL targets, the RBI has directed many UCBs to contribute the shortfall amount to RIDF/MSE refinance fund maintained with Nabard/NHB/MUDRA/SIDBI for three years at very low rate interest, which is impacting their profitability. Not only this, some UCBs are facing liquidity problems. The regulation should not be restrictive, it should be progressive”.

Nafcub President requested the postponement /waiving off the imposition of investment in RIDF/MSE Funds by UCBs for a further period of three years i.e 2020-21, 2021-22 and 2022-23 to save UCBs from slipping into losses.

“Commercial banks, RRBs and even SFBs that have come into existence recently, are permitted to open branches freely just by submitting an annual plan to RBI. In the case of UCBs only those banks categorized as FSWM Banks (Financially Sound Well Managed Banks) are permitted”, he added.

It bears recalling that the meeting was organized after a gap of four years but participants asked the RBI to organize meetings at short intervals.

We should make most of changing co-op scenario: Joshi 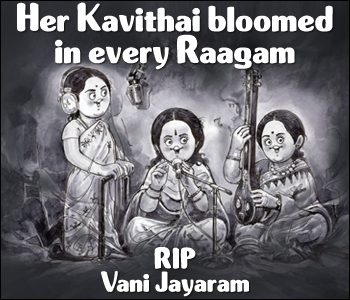