Jagannathan accused of involvement in misappropriation of funds

by Rohit Gupta
in From States
2

Chennai based NICM run by NCCT is never the same after the former Director of the institute Dr P Jagannathan left, as people say “after looting the institute”. NCCT Secretary Mohan Mishra’s silence in the matter is no less intriguing, say staff-members.

The new Director G Suresh of Tamil Nadu based Natesan Institute of Cooperative Management (NICM) written several letters to the NCCT secretary Mohan Mishra to solve discrepancies in Administration and Accounts in NICM, Chennai that surfaced during the tenure of then Director Dr. P Jagannathan from July 2010 to Feb 2020. Suresh is yet to hear from Mishra.

Jagannathan has been accused of involvement in misappropriation of funds. He was involved in many fraudulent activities and squandered lakhs of rupees. The irregularities were reported in the statutory audit 2018-19 as well as internal audit report. In spite of this and without No Due Certificate NCCT has sanctioned retirement benefits by withholding a small amount, informed one of the faculty members of NICM, Chennai on condition of anonymity. 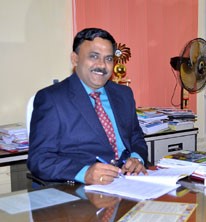 Despite writing several letters to the office of NCCT, the NICM Director failed to get any response. Indian Cooperative has got a copy of a letter written to NCCT secretary from its sources.

In his letter the Director wrote, “As per the Audit para of NCCT internal audit for the period 2015-2019 (upto Sep 2019), the closing balance of Training Development Fund was Rs 91.88 Lakhs and Building & Infrastructure Fund was Rs. 6.25 Lakhs. But we found in horror that there is no fund available in both heads of account”.

“As per the Audit para of NCCT internal audit for the period 2015-2019, the recovery of recruitment honorarium from the retired employees, five retired employees are not willing to pay the amount and pointed their fingers at the then Director Dr.P.Jagannathan, These points were escalated to the Council at various times and waiting for reply from the Council”, it reads.

According to the letter, in addition, the sale of Teak trees and Country trees which fell down during the Vardah cyclone in 2016, 38 pieces of logs were auctioned, resulting in loss of more than Rs 15 Lakhs to the Institute, tentatively assessed from Timber market.

During the tenure of the then Director Dr.P Jagannathan, misuse of discretionary powers as allotment of MTS quarters to S Mani,.M.Venkatesan and Chittibabu. The latter have been established to serve the needs of student trainees in terms of stationery and grocery items only. As per the audit report of Asst. Director there are irregularities of purchase and sales which were already escalated to the council”, it reads.

NICM Director Suresh requested NCCT to conduct a special audit in NICM, for the period of 2015 to 2019, especially the tenure of the then Director Dr P Jagarinathin and to ascertain the final amount of financial irregularities and fix the responsibilities.

AP Chapter threatens to quit Nafcub; charges it of not fighting RBI dictates