by Rohit Gupta
in Fishcofed
1

In a significant development, the Central Registrar of Cooperative Societies has appointed Mukesh as the MD in-charge of the apex body-Fishcopfed till the arbitration process is completed. Mukesh is a director in the Ministry of Fisheries and also a government nominee on the board of the apex body from 2019.

Mukesh replaces B.K. Mishra as the MD Fishcopfed. Mishra has been a well-known face in the cooperative circles. In a related move, the Central Registrar has barred T Prasad Dora from acting as the President Fishcofed and made Ramdas Sandhe as the officiating President of the apex body. Now Sandhe will preside over the board meeting which will likely be held today.

It bears recall that the Central Registrar Vivek Aggarwal had issued a letter suspending the election process of Fishcopfed and appointed Sunil Kumar Singh, Additional Managing Director, NAFED, New Delhi as an Arbitrator to settle the dispute about the election of the Board of Directors.

Mishra’s term as the MD completed in June 2020 and he had been superannuated by the board. Earlier talking to Indian cooperative correspondent about his tenure as the MD Mishra had said “I turned around the organization and built the largest data-base of fishermen in the country. I insured more than 40 lakh fisherman for the first time in the country”, 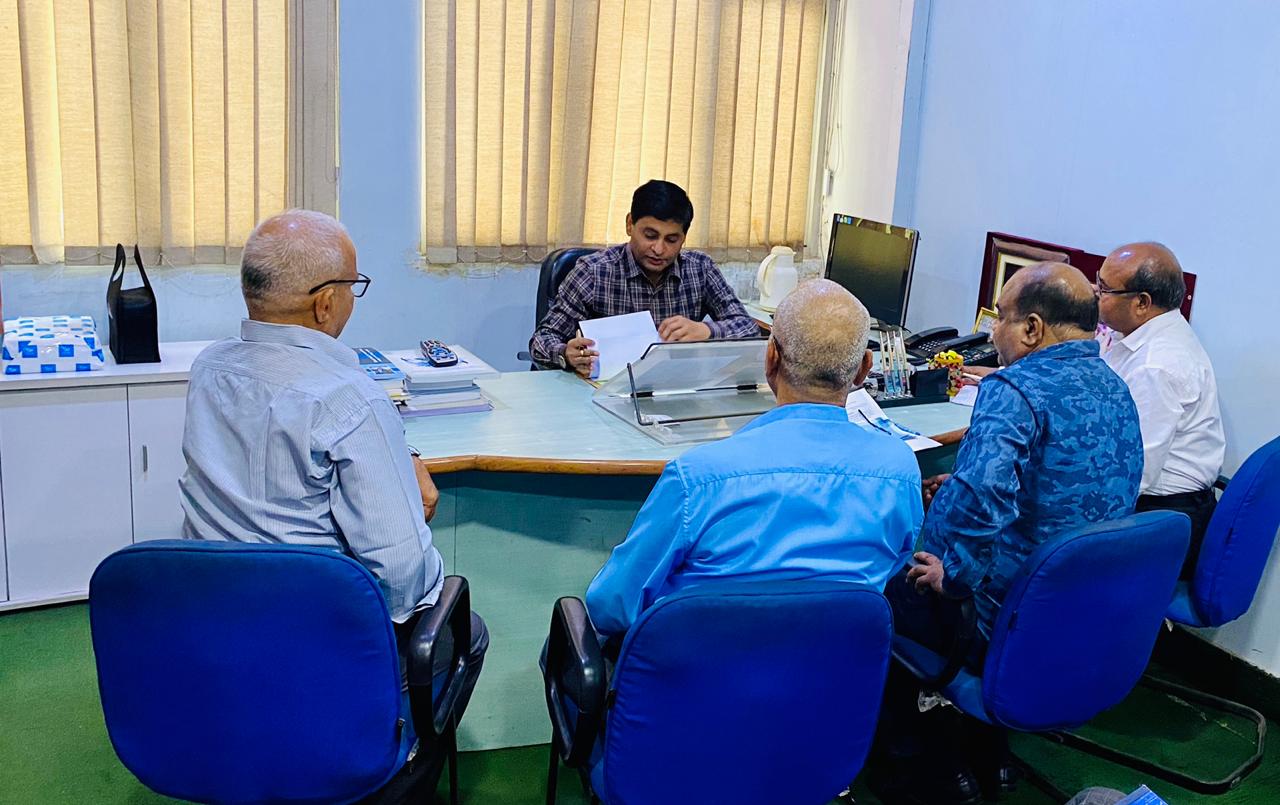 Meanwhile, taking over as the MD in-charge Mukesh addressed the meeting of the fishcopfed officials and talked about future goals and targets to take the federation to newer heights.

Earlier, hearing petitions, the Delhi High Court had ordered the status quo on a petition filed by-Fishcopfed challenging the Central Registrar’s order related to the appointment of Arbitrator.

Readers would recall that despite an order suspending the election proceedings, Returning Officer Joseph Baxla went ahead with initiating the poll-process and announcing the results. 11 out of 12 directors from the previous board were elected unopposed. Not only that a Special General Meeting was also held even when the Central Registrar order had become a widely known fact. However, respecting the Central Registrar’s order, the elections of Chairman and Vice-Chairman were postponed.

Ramdass Sandhe, the outgoing Vice-Chairman had complained to the Central Registrar citing manipulation of the election process by T R Dora Prasad and B K Mishra in collusion with the Returning Officer.

Rishkesh Kashyap, one of the former Directors went to the extent of alleging that Dora asked each outgoing Director to pay Rs 1 lac to the RO and he would ensure their re-election. Kashyap claims to have evidence to prove his point.