Ready to quit if it saves NCCF: Virendra

A turf war has long been simmering between the Union Consumer Affairs Ministry and the cooperators over National Consumer Cooperative Federation. The matter is under judicial consideration and the  date of hearing gets extended every time. The cooperative side is not hopeful that a quick solution could be found.

Readers would recall that the Consumer Ministry has made M K Parida as the Administrator and set up an inquiry into the complaints made by Vijay Kumar. The govt order issued earlier read that the elections of Bijendra Singh and Virendra Singh as Chairman and vice-chairman respectively were not under law as cases are pending against them.

Meanwhile, of the two government nominees-Ajay Kumar has been replaced by J&K party president of LJP. The other nomineeVijay Kumar from Bihar , Indian Cooperative has learnt, nurses the ambition of becoming Vice-Chairman replacing Virendra Singh.

Talking to Indian Cooperative Virendra said that he is ready to quit vice-chairmanship if it saves the organization and restores the superseded Board. “In fact, I have told it to Chandra Palji and Bijendra Singh”, he added.

Ramvilas Paswan who is heading the Ministry is obviously trying to distribute the largesse in the form of Directorship of NCCF to his supporters who have stood by him. Both the nominees are from his party LJP without any background in the cooperative field.

”Because of such attitudes, cooperatives are suffering as leaders treat them as their fiefdoms ” commented a senior cooperator on condition of anonymity.

NCUI President Mr Chandra Pal earlier strongly opposed the govt move and said such decisions are not in keeping with the mood of cooperatives which find themselves empowered by the passage of the 97th CAA. “This is sad that an elected Board is put into abeyance thereby nullifying the historic 97th Constitutional Amendment”, he told Indian Cooperative.

Sandwiched between the ministry and the leaders the NCCF is suffering. Nobody is willing to bother that the NCCF that emerged as an alternative to Nafed is fast losing ground. It is not able to perform well and its growth has plummeted.

Singh at IFFCO function in Motihari 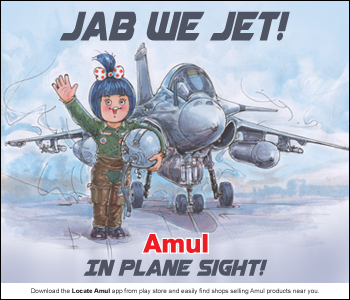