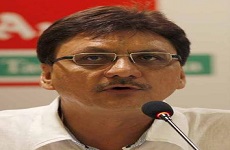 Kindly accept our greetings from 5.2 lakh cooperative dairy farmer-members of Mehsana District Cooperative Milk Producers’ Union Ltd (Dudhsagar Dairy) – India’s largest cooperative dairy. We have set up five dairies – 3 in Gujarat (Mehsana, Kadi and Patan), and 2 large state-of-the-art dairies near Delhi at Manesar and Dharuhera, with a total milk processing capacity of more than 40 lakh litres per day.  In Delhi and NCR alone, more than 25 lakh litres of milk per day is being sold under ‘Amul’ brand.  The turnover of Mehsana Union in 2013-14 was Rs.4280 crores.

Thanks to the ‘Operation Flood’ , conceived and implemented successfully by NDDB under the able leadership of late Dr. V Kurien – ‘Father of White Revolution’, India is the largest milk producing country in the world since 1998.  Unlike in the advanced dairying nations where milk is produced in bulk (mass production), in India it is produced by large number of small and marginal farmers and even landless labourers  (production by the masses).  We are proud of the fact that the ‘Amul Model’ is acclaimed the world over as the best model for dairying by small and marginal farmers.  It empowers the farmers socially, politically and economically.

There are more than 14 million cooperative milk producers in India under the Amul Model.  The beauty of Amul Model is that there is no middlemen in the entire value chain of milk, from production to procurement to processing, and most importantly, in marketing.  The entire value chain is controlled by the milk producers themselves, and therefore, more than 80% of the consumer rupee is given back to the farmer-producers.  It is in contrast to less than 45%of what the consumers pay that is derived to the milk producers in the advanced dairying nations!

While India is the largest milk producing nation in the world, the productivity of milch animals is far from satisfactory.  Dairying in India is predominantly a subsidiary agricultural occupation of farmers, especially the women.  Many of the milk producers being poor, the main feed for the animals is the agricultural waste, and therefore, the productivity of animals remains poor.

There is an urgent need to make dairying more profitable.  It can be done through focused attention on scientific and commercial dairy farming. At present, though dairying is an allied agricultural activity, unfortunately, the benefits available to agriculture are not available to dairying.  This has kept many rural people, especially the youth, away from dairying.  I believe, with some key policy initiatives from the part of Government, there is a great potential to usher in another White Revolution.  It can generate large scale self employment activities in the rural areas and at the same time help India earn valuable foreign exchange, besides of course, increasing per capita availability of milk, increasing nutrition and promoting better health.

Keeping the above in view, on 31st July, 2013, we had organized a National Meet at Gandhinagar to deliberate and evolve a set of draft ’policy recommendations for facilitating the Second Milk Revolution in India’.  The Meet was attended by a cross section of stakeholders from various States of India.  We are glad; some of the recommendations have found their way to the election manifesto of political parties.

On 10/6/2014 I had briefly discussed the matter with the Union Agriculture Minister, and his response was very encouraging.  We are confident, with your support, we can achieve the Second Milk Revolution in India.  I would be grateful if you will lend your support, and recommend the proposals contained in the document enclosed, to the policy makers in the Government of India and State Governments.

IFFCO is first fertilizer industry to invest in Africa

IFFCO is first fertilizer industry to invest in Africa 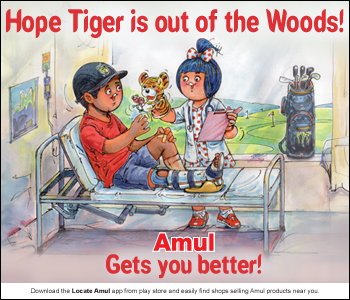