How to get back records from old Committee?

I want to clarify ongoing situation in our society:

The committee members suddenly decided to resign following questions raised by few people regarding their money management. It was reported 12 lakh spent on swimming pool, however the expenses were higher than 20 lakhs which was not disclosed to anyone. Society asked for additional call money of 5000 and that is when members started questioning their money management.

After resigning an interim committee was formed till fresh elections are held, but old committee still keeping all records and money managing their style.

Although some members are still fighting it out to bring the money mismanagement to light, the old committee members are trying all tactics not to disclose any account.

Kindly advise us what should be our next course of action as we want to bring justice to the society members and to unearth money mismanagement.

First of all let it be clear that there is only one Committee.. The interim Committee has no authority to look after the society, as it was not constituted as per the new Maharashtra cooperative societies (election to Committees) Rules 2014. As such  transfer of  charge does not arise. The only issue seems to be the suspected money mismanagement.

After enactment of the Maharashtra cooperative societies (Amendment) Act 2014 scope of auditor’s report has been enlarged to report any mismanagement of funds and if money laundering is discovered the Auditor is duty bound to file FIR. Sub-Clause (e) of Section 81(1)requires that

The auditor’s report shall have,—

(i) all particulars of the defects or the irregularities observed in audit and in case of financial irregularities and misappropriation or embezzlement of funds or fraud, the auditor or the auditing firm shall investigate and report the modus operandi, the entrustment and amount involved ;

(ii)  accounting irregularities and their implications on the financial statements to be indicated in detail in the report with the corresponding effects on the profit and loss;

Clause b of Sub-Section 3  also provides another safeguard. Members should  resort to the same by providing concrete information to the Dy Registrar of cooperative societies in the ward in which society is registered.

(3) (b) If the Registrar has reason to believe that there exists an element of fraud, misapplication of funds, manipulation of the accounts and the accounts of the society are likely to be tampered with, thereby causing loss to the society, he shall be competent to depute Flying Squad to a society or societies for examination of books, records, accounts, and such other papers and for verification of cash balance. The report of the Flying Squad shall be treated as sufficient evidence for further action, ifany..

In housing societies people keep blaming the management and keep gossiping. If a concrete suspicion is held by members they can contact the Registrar of cooperative societies and request him to invoke provision of Clause ( c ) of Sub-Section 3 of  Section 81.

“(c)If it is brought to the notice of the Registrar that the audit report submitted by the auditor does not disclose the true and correct picture of the accounts, the Registrar or the authorised person may carry out or cause to be carried out a test audit of accounts of such society. The test audit shall include the examination of such items as may be prescribed and specified by the Registrar in such order.

A proviso appended to Clause (B) of Sub-Section 5 of Section 81 has more stricter responsibility of the auditor as reproduced below:

Provided that, where the auditor has come to a conclusion in his audit report that any person is guilty of any offence relating to the accounts or any other offences, he shall file a specific report to the Registrar within a period of fifteen days from the date of submission of his audit report. The Auditor concerned shall, after obtaining written permission of the Registrar, file a First Information Report of the offence. The auditor who fails to file First Information Report, shall be liable for disqualification and his name shall be liable to be removed from the panel of auditors and he shall also be liable to any other action as the Registrar may think fit:

The State has made laws but the members have to become far more alert and keep a watch on functioning of the society and see that law is put in to action. It is in their own interest. Merely asking for help of www.indiancooperative.com will noy bring results. At the most cooperators can be guided by pointing out legal options. But action has to come from those who are adversely affected.

Wish to join AGM in absence of dad

What when no AGM is called for approval of accounts

What when no AGM is called for approval of accounts 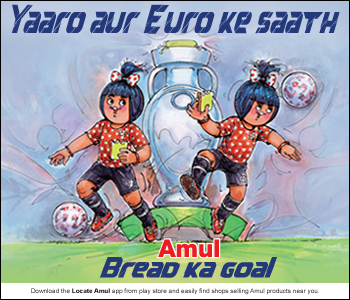