By Meghavath & I C Naik

This is a debate between two cooperators on 97th amendment which we are publishing for readers benefit. Mr Meghavnath writes to Mr Naik and the latter replies-Editor

There was a validation on 97th CAA by the Supreme Court through its judgment under an RTI petition after GHC verdict. I request you to enable the cooperative and legal experts for comments. An extract is reproduced hereunder;

19. Rights of the citizens to form co-operative societies voluntarily, is now raised to the level of a fundamental right and State shall endeavour to promote their autonomous functioning. The Parliament, with a view to enhance public faith in the co-operative institutions and to insulate them to avoidable political or bureaucratic interference brought in Constitutional (97th Amendment) Act, 2011, which received the assent of the President on 12.01.2012, notified in the Gazette of India on 13.01.2012 and came into force on 15.02.2012.

20. Constitutional amendment has been effected to encourage economic activities of co-operatives which in turn help progress of rural India. Societies are expected not only to ensure autonomous and democratic functioning of co-operatives, but also accountability of the management to the members and other share stake-holders. Article 19 protects certain rights regarding freedom of speech. By virtue of above amendment under Article 19(1)(c) the words “co-operative societies” are added. Article 19(1)(c) reads as under:

21. By virtue of the above-mentioned amendment, Part IX-B was also inserted containing Articles 243ZH to 243ZT. Cooperative Societies are, however, not treated as units of self-government, like Panchayats and Municipalities.

23. Co-operative society is a state subject under Entry 32 List I Seventh Schedule to the Constitution of India. Most of the States in India enacted their own Co-operative Societies Act with a view to provide for their orderly development of the cooperative sector in the state to achieve the objects of equity, social justice and economic development, as envisaged in the Directive Principles of State Policy, enunciated in the Constitution of India. For co-operative societies working in more than one State, The Multi State Co-operative Societies Act, 1984 was enacted by the Parliament under Entry 44 List I of the Seventh Schedule of the Constitution. Co- operative society is essentially an association or an association of persons who have come together for a common purpose of economic development or for mutual help.

I got an opportunity to really peep in the minds of key sections of the population who carried diametrically opposite mindset till the Apex Court in the Judgment referred by you, blown their minds up with a vivid analysis of what a true cooperative philosophy means for Indian Citizens.

The Apex Court has vividly drawn out the crux of the Constitution (97th Amendment) Act 2011 in these words: “the Parliament, with a view to enhance public faith in the co-operative institutions and to insulate them to avoidable political or bureaucratic interference”

The RTI judgment fortifies on more than one count that let the cooperative movement be not become the den of unholy nexus of the politicians and the concerned section of the State bureaucracy. The Information Commission and Cooperative Society hierarchy at all levels and Full Bench of H C all miserably failed to grasp the fundamentals of Indian Cooperative movement.

The 100 years’ habit (of political / bureaucratic interference) will die hard. In Maharashtra the pioneering State has completely derailed the cooperative movement in furtherance of political gains in upcoming elections by postponing elections till 31 12 2014. It has no regrets for audacity to disregard Bombay High Court order to appoint State Cooperative Election Authority.

Hopefully the Bombay High Court will take suo-moto cognizance of this attitude of the State Government. it has often did that, for Constitutional impropriety committed by the State. 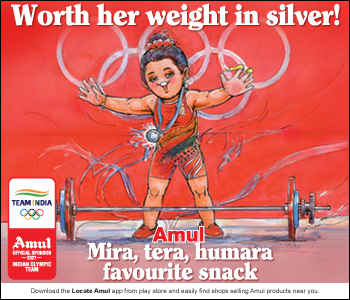