Abhay Kumar Singh has been appointed as joint secretary (Central Registrar) in the Ministry of Cooperation. The new ministry headed by Amit Shah was formed recently for the growth of the robust co-operative sector in the country. The Sahakar Bharati delegation was one of the firsts to greet Kumar on his appointment. 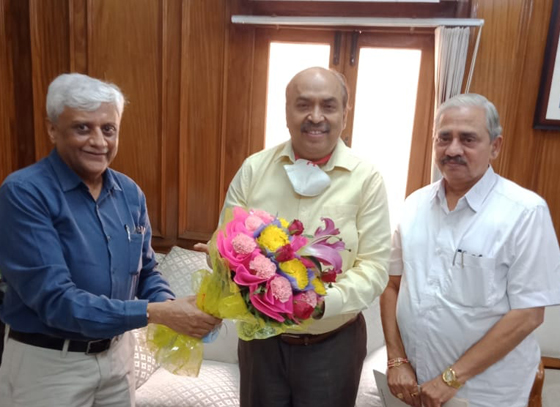 Singh, a 2004-batch Indian Administrative Service (IAS) officer of the Bihar cadre, has been appointed as joint secretary in the ministry for a combined tenure of seven years against the newly created post.

The appointment has been cleared by the Appointments Committee of the Cabinet (ACC) headed by Prime Minister Narendra Modi, according to the order by the Department of Personnel and Training (DoPT).