Nafcub President Jyotinda Mehta has asked the Union Finance Minister Ms Nirmala Sitharaman to take the cooperative sector into confidence before issuing regulatory instructions in the wake of passage of the Banking Amendment Act passed this monsoon session.

Explaining the background of the passage of the Banking Regulation (Amendment) Bill 2020 by the Parliament, Mehta argues that an impression is being created in public that their deposits kept with urban cooperative banks are at risk and therefore the amendment was needed. “This is not true” Mehta retorts.

The fact is that deposits of commercial banks will be equally at risk if they are also left to fend for themselves without any support in a way that urban cooperative banks are left, Mehta wrote in a letter to FM.

All PSBs are recapitalized at regular intervals and all troubled private sector banks in the last five decades from time to time have been merged with PSBs or other private sector banks or helped to revive by regulator by facilitating reconstruction of banks, he explained.

While there is no support of any nature forthcoming from any quarter, the RBI is also seen to repeatedly fail to detect early warning signals. PMC Bank Mumbai and Guru Raghavendra UCB, Bangalore are recent examples which have resulted in avoidable bad publicity to the sector.

It is against this backdrop of experience of urban cooperative banks with the supervision of RBI that the sector is rather apprehensive of all the powers being entrusted to it, Mehta wrote. The amended Banking Regulations Act will result in applicability of all those sections to cooperative banks which are primarily meant for banking companies, he added.

It appears the Government has simply removed over 26 clauses of Section 56(AACS), and modified many others which were carefully inserted originally, keeping in mind the cooperative character of cooperative banks. Now it is left to RBI to interpret the sections and issue necessary regulatory instructions, he cautioned.

The sector is anxious as to how the RBI would translate the amendments into operational instructions keeping in mind that while doing so, it does not dilute the cooperative character and democratic functioning of the cooperative banks, he stated.

If it happens, then there would be no difference between them and commercial banks, except for their size. To this end we expect the Government to ensure that cooperative banks retain their unique identity as cooperatives at all times, Mehta said.

“In conclusion we sincerely hope and expect RBI to take the sector in confidence and issue regulatory instructions after interacting with the sector and taking their views into consideration, since implementation of the provisions of the amendments in the Act has to be interpreted keeping in view the ground realities”, wrote Mehta. 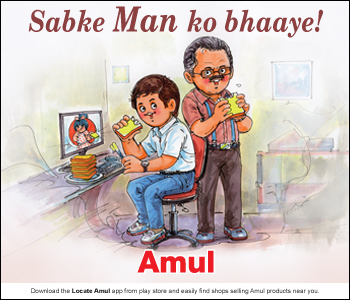