Kale tipped to be re-elected as Chairman on 3rd Jan

The Utkarsh Panel led by Mukund Abhyankar former Chairman of apex body of Urban Cooperative Banks-NAFCUB has won all the seats of the 2nd largest urban cooperative bank of India-the Cosmos Co-operative Bank.

In all, about 40 nominations were filed but 13 candidates withdrew their names from the list. Finally, 27 candidates were in the fray. The results were announced last Friday (27th December 2019).

Though the elections for the posts of Chairman and Vice-Chairman will be take place on 3rd January 2020, knowledgeable sources say CA Milind Kale is going to be re-elected as the Chairman of Cosmos Bank. Kale’s mature handling of heist episode and carrying forward the business of the UCB as usual is quoted as one of the reasons for unanimity on his name.

For the elections, there were two panels, Utkarsh and Sahakar, which were contesting for the board of directors. Abhyankar was part of the Utkarsh panel along with the present chairman Milind Kale. The Utkarsh Panel defeated Sahakar Panel which was led by Krishna Kumar Goyal, director on the outgoing board of Cosmos Bank and former Chairman. 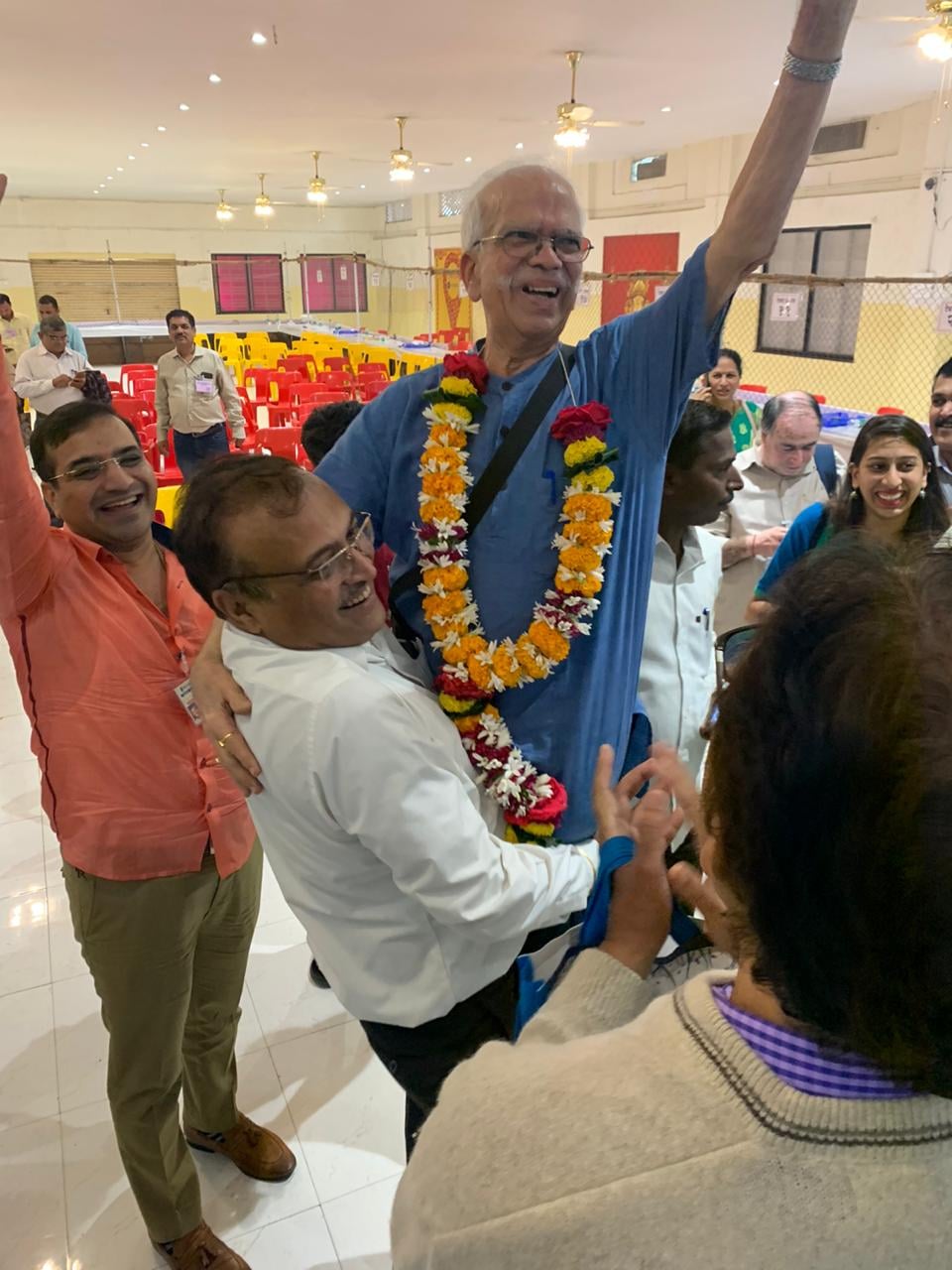 It is learnt that only three outgoing directors have been re-elected to the board. There are 10 new faces and they are sure to bring in new energy to the Board, claimed a Kale Panel supporter. The new board comprises of four Chartered Accountants, two Engineers and some others.

There are 60,000 voters, in which about 8,300 voters had cast their votes and around 200 votes were found invalid. The election was conducted in a free and fair manner which can be understood from the fact that about 67 voting centers were set up in different states, said an official.

Shailesh Kotmire had been appointed as the returning officer to oversee the election process. The election symbols of Utkarsh Panel and Sahakar Panel were Rod Roller and Telephone respectively. The voting was held on 22 December 2019 at Chinchwad Agrasen Bhawan, Pune, Maharashtra.

Abhyankar-Kale Panel won despite several odds including the negative campaign themed on ‘Justice for Arundhati” led by the family members and friends of the deceased Hasabnis who had called upon voters not to cast their votes for Abhyankar.

Readers would recall that Abhyankar was arrested by Deccan police for allegedly knocking down a two-wheeler rider Hasabnis with his car on Bhandarkar Road on July 17, 2016. Hasabnis lost her life in the accident after which a case under section 304 (A) for causing death due to negligence was registered against him and the case is still going on in the Pune district court.

It bears recall that in 2018 an international gang of hackers siphoned off Rs 94.42 crore from the Cosmos Co-op Bank through multiple ATM swipes in 28 countries worldwide. It is worth mentioning again that cyberattacks have not prevented the Cosmos Cooperative Bank from doing well financially.