The Maharashtra based Bassein Catholic Cooperative Bank is caught in double bind these days. On one hand, some internal saboteurs are out to leak the classified info to the public, the RBI has tightened its noose around its neck on the issue of the constitution of the Board of Management on the other.

It is being said that the RBI has tightened the screw on the UCB citing it deteriorating performances and by issuing a Supervisory Action Framework. While the Bassein Catholic Cooperative Bank is ready to set up BoM, it dismisses charges of non-performance doing rounds on WhatsApp at the behest of a few vested interests.

The grapevine has it that the UCB was placed under the Supervisory Action Framework by the RBI through a letter issued recently. “The letter was confidential but it was leaked by one of the directors or the bank’s officials”, informed an insider.

This has created a negative perception about the bank among the general public. The buzz is that now the bank will not be able to lend more than Rs 25 lakh. There are also allegations the present situation was partially caused due to the present Chairman Ryan Fernandes who is said to run the bank as his personal fiefdom.

Fighting off the rumours and WhatsApp forwards, the UCB has released an official statement saying “it has come to our notice that a few persons having vested interests, have been spreading false rumours & misinformation on WhatsApp to damage the reputation and image of our Bank. One such rumour is about the Supervisory Action Framework (SAF) by RBI”.

“In this context, as per RBI’s relevant circular, an UCB can be placed under SAF provided the Bank’s performance is mainly characterised by Net NPA exceeds 6 per cent, The Bank incurs losses for 2 consecutive financial years, CRAR, commonly known as Capital Adequacy Ratio falls below the RBI minimum stipulated norm of 9 per cent”, the bank’s statement reads.

The statement further claimed that, against the aforesaid criteria, BCCB net NPA is well below 6%, BCCB is a profit-making bank for years with its Business / profit per Employee as well as its Return on Asset (ROA) being at no.1 or 2 among top 10 UCB’s in India. BCCB’s CRAR (Capital Adequacy Ratio) at about 18% is double than the RBI’s norm of 9%”.

The bank’s chairman, however admitted that the bank’s NPA increased due to COVID 19 and also on account of application of RBI’s stricter norms of classification of NPAs (from 2020-2021). NPAs are now being handled on a war footing and we are confident to bring it down in the coming months. Further, in the background of COVID-19 RBI directed us to conserve capital. The restriction on release of donations is also aimed to conserve the bank’s capital”. 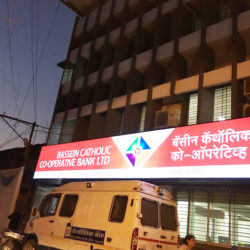 “We are happy to announce that the Bank is in the process of constituting the Board of Management (BOM) comprising well qualified, experienced professionals in different Business segments with persons of high integrity to support the BOD and to guide the management. We solicit support of all our shareholders and customers for mutual benefit,” the statement concludes.

Talking to Indian Cooperative one of the directors Yuri Gonsalves said, “We are in the process of constituting the board of management as we have all the needed permission for the same “.

Earlier, the UCB was in the news when the termination of its former CEO Brijdina Rajan Coutinho was announced by the present chairman. The board had also been divided on the issue. The matter is still in the court. The election of the bank is due and the board has been given extension till this month.