Speaking on the occasion of the 66th Co-op Week at the NCUI headquarters in Delhi on Thursday Santosh Kumar Gangwar, Union Minister of State (Independent Charge) and a co-operator at heart, advocated creation of a separate ministry for cooperatives. The announcement was greeted with a round of applause from the assembled co-operators.

“I have a feeling that cooperative being put under the Ministry of Agriculture fails to get the kind of attention that it deserves”, he said adding that co-op is a world in itself with a huge network across the country.

Speaking further Gangwar said I would certainly raise the matter with Prime Minister Narendra Modi. Luckily, both the PM and the Home Minister Amit Shah are great votaries of the co-operative movement, he added.

The 66th All India Cooperative Week with the main theme “Role of Cooperatives in New India” organized by National Cooperative Union of India is being celebrated from 14th to 20th November, 2019 all over the country.

The event was attended by several Governing Council members of NCUI along with several Chairmen and MDs of national level co-op federations. Balu Aiyer, Regional Director, International Cooperative Alliance, Asia-Pacific was the Guest of Honour.

Gangwar said cooperatives are the effective institutions with great potential for job generation. But there is a need to rise above politics so that cooperatives can professionalize their functioning, he underlined.

“As an organization, cooperatives can be the best purveyors of welfare for the women and the backward classes of society. Labour Ministry has been giving a priority to simplification of labour laws. He further said the government is committed to the welfare of labor force in the country. “Setting up ESI hospitals in all districts is a top priority”, he said.

Speaking on the occasion, Mr. Balu Aiyer, Regional Director, International Cooperative Alliance, Asia-Pacific Region said today’s young people are aspirational before whom cooperatives could be presented as an idea of a new startup. We need to tell them that cooperative would not only provide them with job opportunities but also 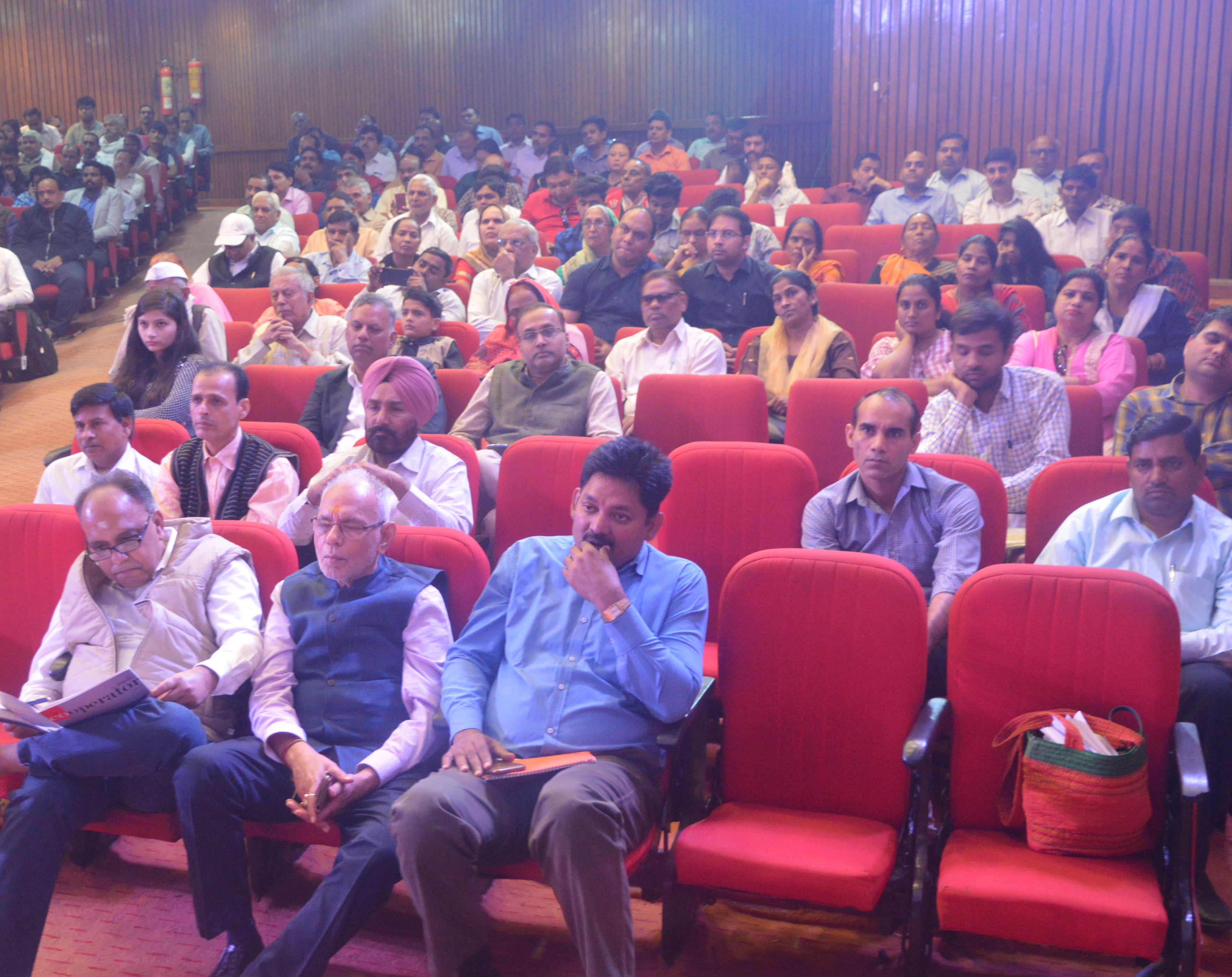 Earlier, Dr Chandra Pal Singh Yadav, President, NCUI speaking on the occasion said the government should support and strengthen cooperatives which are effective in providing jobs. Pointing out that India is the biggest cooperative movement in the world, he said, cooperatives need to be provided tax relief when corporates are being given concessions. Cooperatives should be not be discriminated against in this regard”, he said.

N. Satya Narayana, Chief Executive, NCUI earlier in his introductory speech said All India Cooperative Week is the best occasion to generate cooperative awareness among the youth and other sections of society. On the occasion, three important publications were released.

Dr. Bijender Singh, Vice President, NCUI and Chairman, NAFED proposed a vote of thanks on the occasion.

Co-op Week celebrations kick off across country; Co-ops say its Our Day