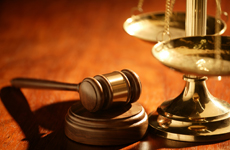 The cooperative societies earning profits for their members cannot claim the status of ‘consumers’, the Maharashtra State Consumer Disputes Redressal Commission has said, according to a TOI report.

A two member bench of the commission set aside the Kolhapur district consumer forum’s orders to the extent of holding 12 directors of the Ichalkaranji Urban Cooperative Bank personally liable for repayment of fixed deposit amounts of six cooperative societies, which are into credit finance and milk collection and supplies in Kolhapur district.

The commission also held that it would not be open to the district consumer forum to hold the directors personally liable in the absence of any specific allegation or proof of their complicity in the mismanagement of the bank’s affairs.

The bank is going through a liquidation process initiated in March 2010 by the Commissioner of Cooperation and Registrar of Cooperative Societies, after the Reserve Bank of India terminated its banking licence in February 2010.

The directors of the bank had moved a bunch of appeals against the district forum’s orders by claiming that the RBI imposed restrictions on the bank’s operations on April 20, 2009, and extended them by another order on October 16, 2009.

The RBI terminated the banking licence on March 4, 2010, following which the liquidation process was initiated and all affairs of the bank were being looked after by a liquidation committee. They claimed that the fixed deposit amounts would be paid by the liquidator in due course and complaints by the societies were not tenable.

It cannot be decisive of the matter as to whether societies provided credit to milkmen or cultivators. (The) fact remains, they would provide credit to their members obviously to earn profit for being shared by its members. The members of such societies invest the amounts with the hope that the borrower members would pay an interest from which they would get returns.

Therefore, activities of the complainant societies are obviously commercial activities disqualifying them from claiming the ‘consumer’ status, The district forum ought to have seen this and held accordingly,” the commission said.

Don’t go into complexities of inheritance will