by Ajay Jha
in From States
2

The Central Registrar had appointed a retired IAS officer based in Ahmadabad Mr H S Patel as the Liquidator for the beleaguered Adarsh Credit Cooperative Society last December 2018. His appointment has been quashed by the Gujarat High Court which puts the matter back to square one.

MSCS website of the Ministry shows no change in the status under the “Liquidation List “. The website also mentions December 2019 by which time the Liquidator would complete his job. But the victim Ashok Chauhan has a different story to share.

Chauhan, who earlier claimed that his PIL on Adarsh has been accepted by the Supreme Court says now that Mr Patel has, in a reply through email said that the Gujarat High Court has quashed his as appointment as the Liquidator in the Adarsh Credit Cooperative recently. Patel also asks him to follow the matter with the Central Registrar as the ball is now in his court.

Calling the victims of Adarsh as footballs between different govt departments, Chauhan who has written letters to everyone including PMO says to Indian Cooperative “The Prime Minister office, the Central Registrar of Co-Operative Societies, the Liquidator; the C. M. office Rajasthan, Co-Operative department of Rajasthan, SOG Police 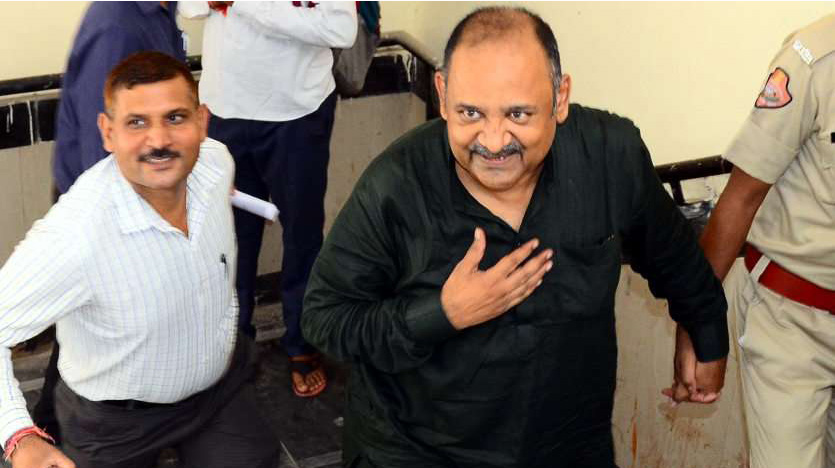 Rajasthan, Judiciary Courts and Income Tax department of India – all these have, as it were , made depositors of Adarsh Credit Co-Operative Society into a football”.

My previous grievance no. DOAAC/E/2019/00947 sent to the Prime Minister office traveled via office of the Central Registrar of Co-Operative Societies to the Liquidator sh. H. S. Patel, and said disposed off/closed, he writes further.

“When requested to Mr H.S. Patel, Liquidator to kindly inform about any progress made into the matter, he sent me an email and apprised that the Gujarat High Court recently quashed his appointment as Liquidator henceforth he has no concern to the issue; ask the Central Registrar of Co-Operative Societies of any progress made into the matter”, Chauhan says

“Sir, this is the beauty of New India which Mr Narendra Modi coined as his latest slogan”, Chauhan laments.

Meanwhile, Indian Cooperative’s efforts to contact the Central Registrar and elicit his response on the issue has gone unheeded. Media reports say that several FIRs have been filed against Modis by the EoW and the matter is progressing fast.