by Rohit Gupta
in Fishries
0

Union Minister of Fisheries, Animal Husbandry & Dairying Shri Giriraj Singh said the fisheries cooperatives will play an important role in increasing fish production and thus contribute in fulfilling the dream of Prime Mister Narendra Modi in ushering in the blue revolution in the country.

The Minister said so talking to Indian Cooperative during an event organized for releasing the Handbook on Fisheries Statistics -2018 in Media Centre in Delhi last weekend. Singh said fisheries co-operatives is going to play important role in nation-building.

“The function organized by Ministry of Fisheries, Animal Husbandry & Dairying was attended by many fish farmers and fishery cooperative members. Since the prospects of investments in the sector are bright in the coming years, the govt. should spell out the role of fishery cooperatives in general and FISHCOPFED in particular to give a boost to the Sectoral growth”, remarked Fishcopfed MD B K Mishra on the occasion.

“Another crucial area is the social security of the vulnerable fishers. Even though there are 1.5 crore active fishers, no confirmed data of fishers are available in the country. It is presumed that there are no less than 5 crores of them “, Mishra added.

However, the minster had earlier said the Union Government will invest 25,000 crore in the next five years to enhance infrastructure and boost production of fishes in India. He said Prime Minister Narendra Modi has given the due importance to this sector by creating a separate Ministry for it. Singh noted that the Fisheries sector will play a crucial role in the doubling of farmers’ income.

He further said that the ministry will strive to further increase this 14% growth rate in inland fisheries and are working towards creating more awareness among state governments and the people.

The Fisheries sector is a major source of livelihood for over 1.60 crore people along with double the number in down and upstream. The development of fisheries can ensure nutritional security, food security of India and also provide employment in regions predominately inhabited by rural populace.

The average growth in fish production during 2017-18 stands at 10.14% when compared to 2016-17 (11.43 million metric tonnes). This is mainly due to 14.05% growth in Inland fisheries when compared to 2016-17 (7.80 million metric tonnes). India is currently world’s second largest producer of fish. It is also world number two in aquaculture production as well as in inland capture fisheries.

The percentage contribution of inland fish production in the total fish production of 29% during the year 1950-51 has increased to 71% in the year 2017-18. Andhra Pradesh has recorded the highest production of inland fish (34.50 lakh tones) whereas Gujarat is the leading state in Marine fish (7.01 Lakh tonnes) in the country. Total registered fishing vessels and fishing craft in coastal states/UTs was 2, 69, 047 as on 31.07.2019.

Besides, the Handbook on Fisheries Statistics – 2018 is the 13th edition which presents useful statistical information on various aspects of the Fisheries sector. The 12th edition of the Handbook was published in 2014. 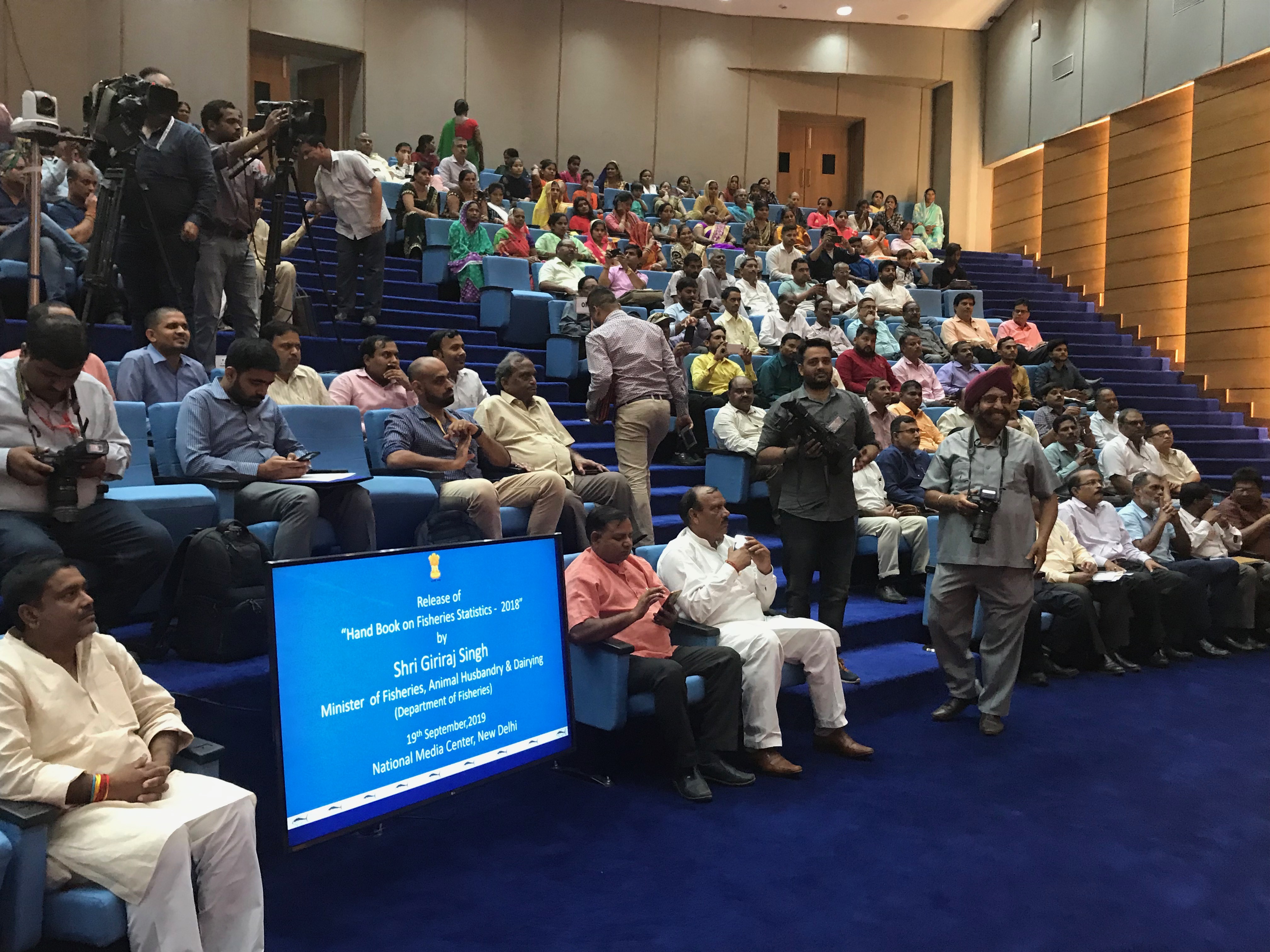 Co-ops of Nepal and India should work together: IFFCO MD