by Rohit Gupta
in Featured, From States
2

BJP leader Rajeev Bhardwaj who took over as the Chairman of Kangra Central Cooperative Bank and took oath on Thursday at the bank’s headquarters at Dharamshala in presence of large gathering has thanked the state Chief Minister for reposing trust in him.

Earlier, Registrar of Cooperative Society Ajay Sharma issued a notification appointing Bhardwaj as the Chairman of KCC Bank. Besides, Sharma also appointed two other members including Ramesh Kumar and Ranjit Rana on the board of bank. Now the three member’s board will oversee the activities of bank till the fresh election which is to be slated in next 6 months.

A euphoria Chairman Rajeev Bhardwaj, talking to Indian Cooperative said, “I express gratitude to state Chief Minister Jai Ram Thakur, State BJP President Satpal Satti, Union Health Minister J P Nadda among others for giving me such a big responsibility. I assure that I will meet their expectations”, he added.

“Our objective is to take the bank to the newer heights and build trust among the customers of the bank; they are a scared lot in the wake of corruption charges leveled against the former members of the Board”, Bhardwaj said to this correspondent.

Hinting at a detailed investigation into the charges, Bhardwaj said “It’s too early to comment on the irregularities done by the former leaders as I have joined just know but I promise to unearth every thing and come back to you soon”, Bhardwaj who is active at village level cooperatives underlined. 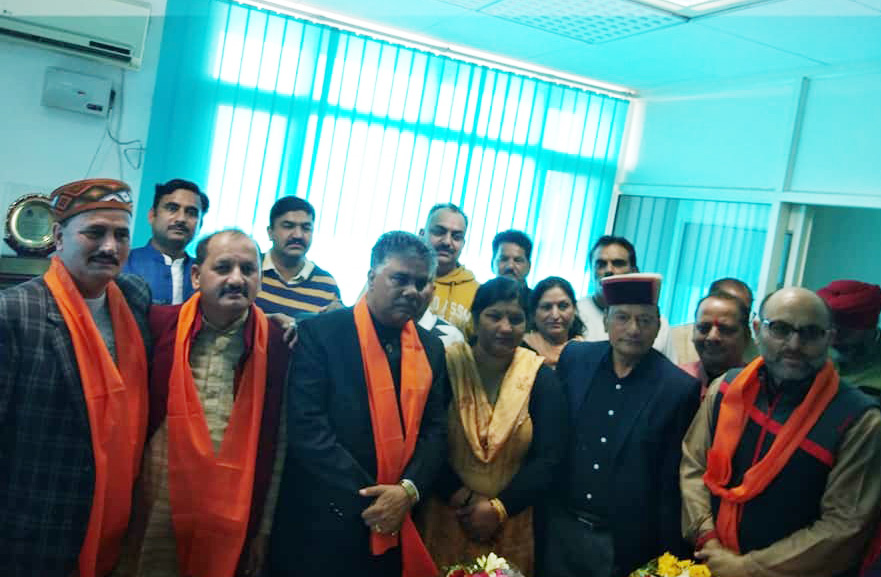 It bears recall that Registrar of Coop Society on 6 April this year suspended the BoD of KCCB on the basis of alleged irregularities in granting loans and announced the dates of fresh election from 28th July 2018 but the former Chairman Jagdish Sapehia had challenged the decision of suspension in the High Court.

Later on, on 25 October High Court has rejected the petition of Jagdish Sapehia and state registrar has appointed the new members for six months.

The charges against erstwhile Board led by Jagdish Sapehia include rising NPAs, violation of norms in giving loans, purchase of vehicles worth Rs 40 lakhs, among others. The elected board was dissolved by the government in April this year on the charges of corruption over loans and recruitment during the previous Congress government.