Co-op Minister to house PACS delegates at his residence

As the day 23rd February Sunday set for Bihar’s Cooperative Conference is drawing closer, there is a piece of news doing the rounds that Bihar Chief Minister Nitish Kumar will curtail his Darbhanga visit to be able to attend the mega event.

It is being said that the BISCOMAUN team led by its Chairman Dr Sunil Kumar Singh is doing everything possible to ensure the co-operative conference becomes historic with the presence of local and national leaders of all parties including BJP-JDU, RJD-and Congress together on one stage. “I wish to work in a true co-op spirit which does not distinguish between political parties”, said Sunil on the phone from Patna.

“You are going to meet more than half a dozen ministers in the co-op dinner being hosted by us on 22nd February in Muarya”, said Sunil flexing his co-op muscles.

Reacting to the Chief Minister’s willingness to join the Conference, one of Sunil’s friends said “work done by Biscomaun in urea distribution where the price line was maintained yielded Biscomaun popularity not only with the farmers of the state but also with the Bihar govt; no wonder the CM has evinced interest in coming to our function”, he underlined.

Earlier, the Biscomaun Chairman went personally to invite the CM, who is believed to have expressed his inability 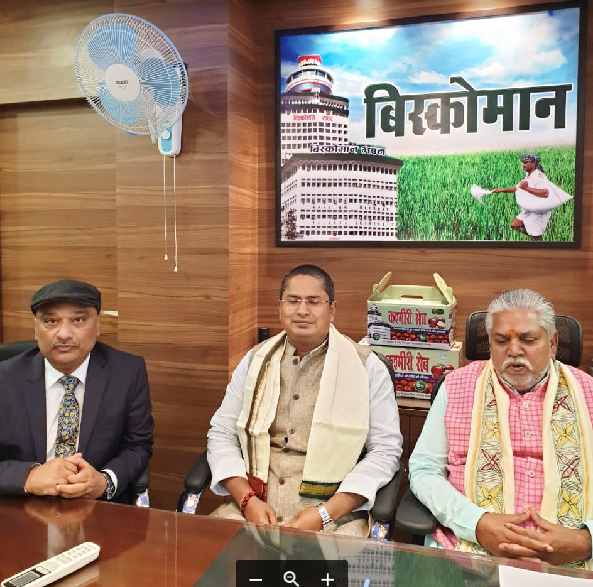 to come due to his prior commitments. Later, as the capital is in the grip of cooperative event fever with the city being plastered with icons of the cooperative movement in the country, the CM might have softened, said a local co-operator.

“It is no mean feat packing the spacious Bapu Sabhagar to the gills but this time round we feel a little apprehensive about whether we could do it”, he said, citing the reason that may have prompted the CM to join the show. The CM is weighing up the option of spending a while in the conference before going to Darbhanga, sources say.

The two Ministers in the video messages said that the state is organizing a massive cooperative conference in which detailed and meaningful discussions about the Prime Minister’s dream of doubling farmers income would take place.

“Several top-notch cooperators from across the country are coming to Patna and local farmers and PACS chairman must not miss the opportunity”, the Ministers said in their messages.

More than 200 cooperators are coming from outside the state. Huge cut-outs and hoardings of co-op icons from across the county have been put at 30 prominent locations in Patna.