The meeting of the Gender Equality Committee held in Kigali last week on the sidelines of the International Cooperative Alliance conference presented some interesting case studies concluding cooperatives in different sectors are working to promote gender equality in their enterprises and communities.

One of the case studies pertained to Working Women Federation (WWF) and ICNW. Talking about the successful saga of WWF, Dr Nandini Azad, Chair of the Gender Equality Committee for Asia-Pacific region said the network was set up in 1981, in the aftermath of floods which devastated the country and today enables millions of women of low incomes of the southern states of India to learn about the cooperative model as well as support each other and compensate for the lack of social security in India.

The loans offered by WWF enable women to cover their debt and grow their enterprises. The cooperative also addresses the issue of caste, bringing together women of different castes, she stated. She also felt that most people in cooperatives do not intentionally discriminate but that is what happens if they do not have awareness and skills.

”We need to come up with successful strategies to address gender issues in their cooperatives. Such initiatives include introducing quotas for enhancing women’s representation at board level, running training programs for women and leading gender equality campaigns targeting both men and women. She lamented only 20% of coop 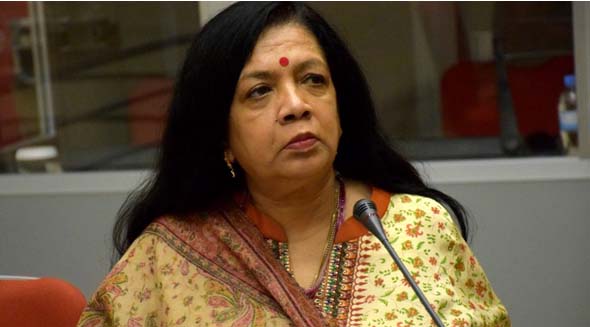 members in the Asia-Pacific region are women.

ICA President Ariel Guarco added that in a world that still presents great inequalities it is fundamental that the cooperative movement generates strategies to facilitate and encourage women participation not only in cooperatives, but also within the public and political life.

Later a mail for Nandini’s office after the event claimed that she has the distinction of being the only Indian who has spoken or chaired maximum number of meetings. “She spoke eloquently at the Gender equality committee meeting, next she chaired the regional women’s committee meeting with JCCU and R.D to plan 2020 activities and finally at the regional board meeting of ICA-AP she presented the women committee activity”, claimed the mail.

The mail also claims that the chairman of regional board commended the women committee’s dynamism and mentioned it in the global board meeting. Both Chandra Pal Yadav and Chitose Arai Vice Chairpersons attended the meet”, concludes the mail.