The 41st Annual General Meeting of the apex body of labour cooperatives in the country NLCF noted an improvement in the situation as the mounting losses were restricted to just a few lakhs and new prospects emerged on the scene.

Elaborating NLCF Chairman Sanjiv Kusalkar said” in the past few years our society’s financial condition was very bad but in 2016-2017 we incurred a modest loss and performed well enough to improve the balance sheet of our cooperative federation”.

He listed several new initiatives taken up by the apex body. ”We met Home Minister for the license of security services and he has assured us to help in getting it. This would help in improving our financial condition”Kusalkar added.

”The government should give us funds for training so that we can organize more and more training programmes, seminars as well as workshops in different parts of the country”, demanded Kusalkar.

Earlier, NLCF MD Pratibha Ahuja presented the agenda before the delegates which was unanimously passed. The AGM also passed several amendments (The story would be done separately tomorrow).

One of the board members Kasipeta Lingaiah also spoke on the occasion and wanted the labour cooperatives to use as many avenues as possible to earn money for the coops. He asked them to make sincere efforts to find work from 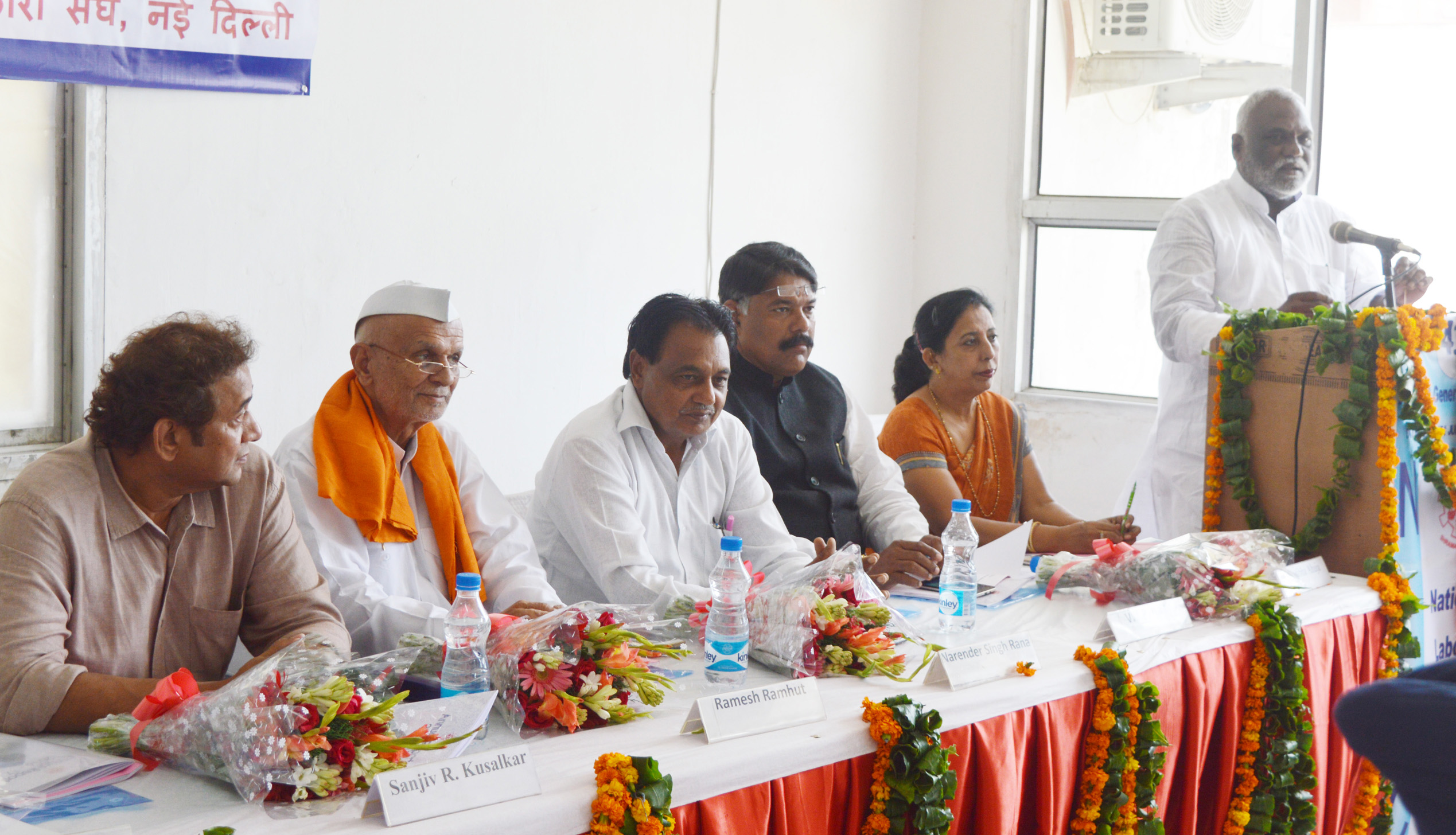 the field of municipal waste management in their respective states.

Lingaiah also urged the delegates to pay the subscription fee. More than Rs 16 lakh is pending from members under this heading for long, he informed.

A delegate from Nashik labour Cooperative federation, Sanjay Bhaisala was full of praise for the Chairman Kusalkar and narrated a story in this connection.”Due to e-tendering we were not able to perform well as our federation got work-order worth Rs 50 crore only. Earlier, we used to get work orders worth 150 crore. However, with the intervention of our Chairman Sanjeev Kusalkar, the concerned Minister Chandrakant Patil increased the cut-off for e-tendering to Rs 10 lakh from 3 lakhh. It was a commendable move on the part of our Chairman, he added.

Ashok Dabas, Ramesh Ramhutt, K.lingaiah, Ramkumar Shukla and others were also present on the occasion. More than 50 delegates from across states participated in the AGM.

One of the delegates suggested that NLCF should keep member-societies posted with the latest government circulars, policy related to labour cooperative in English.

On this occasion special seminar was also organized by Micro small and Medium Enterprise (MSME) on Goods and Services Tax (GST). The programme was coordinated by V.K. Chauhan, Assistant Director NLCF.

NLCF board member Ashok Dabbas proposed a vote of thanks.

NLCF: Drama on; Nair almost runs away from the fight

When Singh dropped by at Mehta’s house!