Scotching rumours doing the rounds on the future of the current Chief Executive of the apex body of cooperatives, NCUI President Chandra Pal Singh Yadav put his seal on the proposal of continuing with him till the further orders on Friday in Delhi.

N Satyanarayan, whose term was ending January 31st was retained just at the nick of the time, said V K Dubey, head of NCUI’s co-op education NCCE. Lauding the current CE, Dubey added that it is in Satyanarayan’s tenure that the co-op education has expanded massively and now trains co-op members of neighbouring countries as well.

Insiders say that it was in the Amritsar meeting of the Governing Council held in December, where the agenda of N Satyanarayan continuation till a suitable replacement is found, was approved.

Nevertheless, NCUI officials were tight-lipped and waited till the President Chandra Pal put his signature to the minutes of the Amritsar meeting. And he did so Friday evening, leading to many phone calls to our office communicating the good news by CE’s admirers.

Satyanarayan, who is known for his transparent and simple style of functioning has also his share of opponents, as is the case in most of the govt offices. While some saw for them a chance to become CE if he goes, others wanted him to stay on to continue the good works.

Earlier, when NCUI advertised the post of a new CE, most of the applicants were rejected by the Panel on the grounds of age and experiences. It is said that only one application of NCCT Secretary Mohan Mishra was cleared, narrowing down the choice for the Selection Panel.

Mishra’s case is no less queer as he is said to be neither here nor there. While he claims not to be part of NCUI, NCUI officials say he still has to get a release certificate from NCUI. Given his distaste for NCUI leaders 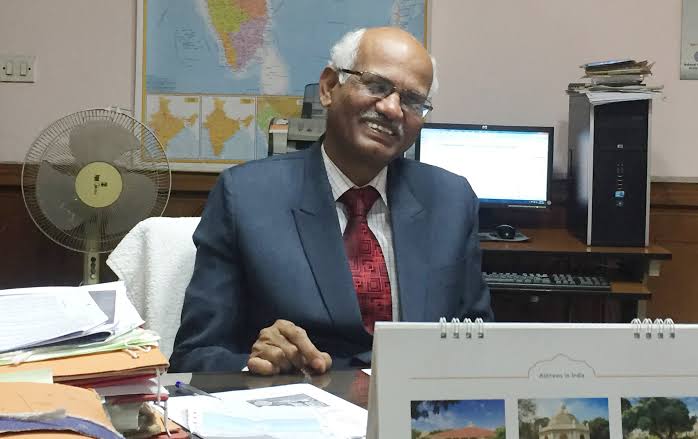 and vice-versa, there is little chance of him being given the same, let alone appointing him as CE.

Coming to Satyanarayan’s case, his future had looked uncertain a couple of years ago also when he acquired the age of 60 years. Rumour-mongers had begun predicting his imminent retirement despite the established fact that a CE has tenure till 62. The GC had to pass a proposal for his extension in its meeting in 2018 to quell the gossip.

Satyanarayan’s friends say that he is a trained Chartered Accountant who also acts as Director Finance saving a lot of money for NCUI. His departure means appointing two persons-CE and Director Finance, together these would cost Rs 50 lac per annum to NCUI. But they fail to explain how it is possible to have someone permanently in a post.