Despite all tricks we won 70% PACS in UP: Chandra Pal

Opening his mouth for the first time on the ongoing cooperative elections in Uttar Pradesh NCUI President and a prominent cooperator from Jhansi Dr Chandra Pal Singh said that BJP has tried winning co-op elections on the strength of local administration and muscle power.

And yet more than 70 per cent seats in the Primary Agriculture Cooperatives have fallen into Samajwadi Party fold, Yadav underlined giving details of large-scale rigging by the ruling dispensation.

Meanwhile, addressing a press conference last week in Lucknow, Uttar Pradesh Cooperative Minister Mukut bihari Verma claimed that more than 95 percent seats of cooperative societies of state have been won by BJP candidates. “There are 37 DCCBs in state, elections for 34 banks were held where BJP candidates won unopposed”, claimed Verma.

“And out of 49 District Cooperative Federations BJP won 40 while in about 8 federation elections were postponed”, he claimed. “BJP also won the 39 seats in 47 constituencies of Kendriya Upbhokta Bhandar,”Verma said to reporters.

Explaining BJP alleged victory Chandra Pal Singh Yadav said the Party used all tricks in its bag from delimitation to deployment of a friendly police force to have its way. “A defaulter cooperative is allowed to send its member as 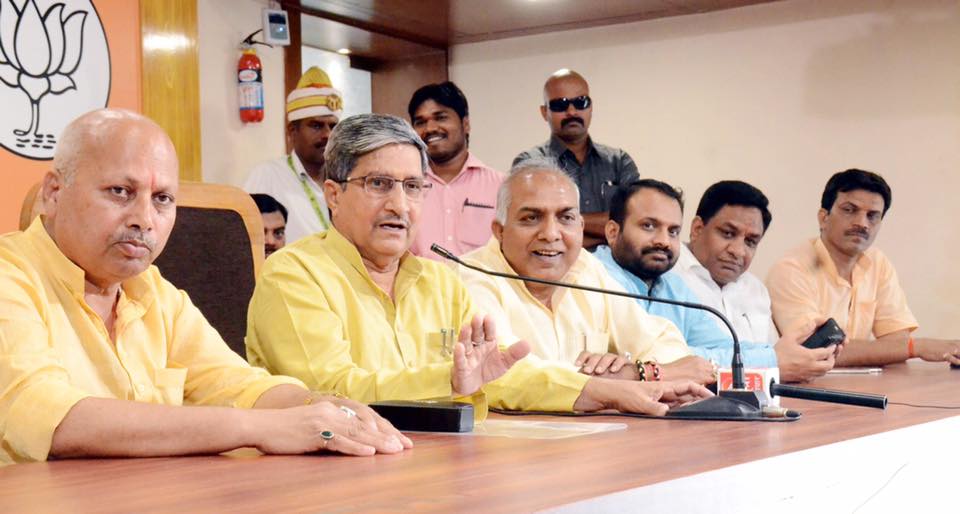 nominee to higher tier of cooperative body while a rule-abiding co-operative is denied a chance to send its nominee upward”, Chandra Pal said detailing the modus operandi.

Chandra Pal himself had tough times in the Jhansi zone from which he belongs. Earlier, IFFCO Director Shish Pal Singh Yadav had narrated the high-handedness of BJP in Hapur zone. “The story is same in parts of the state without any change in the script”, stated Chandra Pal.

It bears recall that elections in more than 50 thousand registered co-op societies are currently underway in UP with the completion of elections in primary credit societies at village, panchayat and block levels and last week in District Cooperative Federations and District Central Cooperative Banks.

The exercise is staggered for several months. The elections to the state apex co-op bodies such as PCF, Pradeshik Consumer Co-op Federation or Labour co-op federation and others are now on the agenda.

NAFCUB demands change in NPA norm from 90 to 180 days

Factory production is on but not the Corporate office: Kribhco MD