40k Co-ops are run by women in India: Chandra Pal

Patriarchal mindset must go for growth of women co-operators: Azad

by Rohit Gupta
in Featured, NCUI
0

An impressive program on the theme of ‘’ Enhancing Gender Equality in Cooperative Business” was inaugurated by NCUI President Dr Chandra Pal Singh Yadav in the presence of several foreign participants on Tuesday in Delhi.

Dr Nanini Azad, star of the show who doubles up as the Chairperson of the ICA-AP Committee on Women welcomed the guests and laid the agenda for the two-day class room program, which would end on 22nd August with a field visit.

Nine countries of Asia Pacific region have sent their representatives to the event. Besides Balu Aiyer, RD of ICA-AP, Ms Chitose Arai, Vice-Chairperson of AP’s Women Committee are also participating in the event. Representatives of state co-op unions have also come in large numbers, informed Chandra Pal in his speech.

Setting the agenda of the discussion Nandini Azad said “concerned with low to negligible visibility of women in cooperatives in the Asia-Pacific region, the ICA-AP began work on women’s empowerment and gender equality in the early nineties.” And it has achieved a lot in the intervening period, she added.

Azad said changing the patriarchal mindset is a must as it alone can take women leadership to the upper echelon of decision-making. She also emphasized the role of collection of data and said data is everything as all planning begins and ends with data.

She lauded ICA for pushing the quota of 30% for women in co-ops which was accepted by the Ministers’ Conference.

NCUI President Chandra Pal Singh said that in India, women are known as Shakti(power) and as Goddess of Power. He remembered the Beijing Declaration held on the eve of Golden Jubilee of ICA where gender equality was adopted as a pursuable goal in the past.

Yadav also informed that there are 4000 co-ops in India which are entirely run by women. He vowed to strengthen the trend and involve more and more women in the cooperative movement.

Speaking on the occasion, ICA’s Regional Director Balu Aiyer quoted a survey as well as an editorial from the daily The Stateman and pointed out bias against women workers. “There is no parity in the payment”, he stated.

Ms Chitose Arai, Vice-Chairperson of AP’s Women Committee and the one who also is an office bearer of 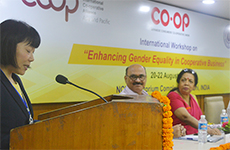 There was a personal touch in her speech as Ms Arai announced that she is a wife, a mother and a grandmother. Striking a rapport with the audience despite limitation of language, Ms Arai hoped that in the next three days there would be lots of useful exchanges among participants.

Soon after the formalities of inauguration were completed, the participants plunged themselves into Panel discussions with varying topics concerning gender equality. Vasudha Mishra, Additional Secretary was the moderator for the panel discussion themed “Countering discrimination and violence: Boosting the status of women at workplace. (Cooperatives) 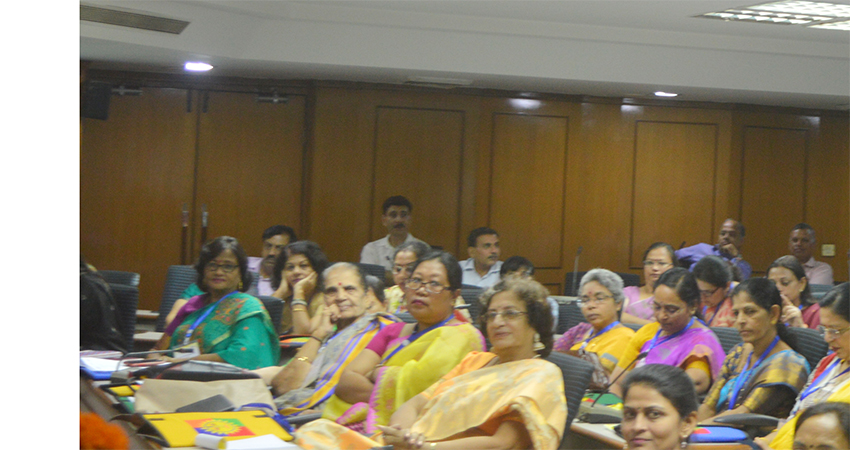 Unprecedented line up of leaders to pay respects to Radadiya