Raju banks on NCDC for igniting consumer movement in TN

Cooperative lender of India- National Cooperative Development Corporation (NCDC) recently organized a National Workshop on Consumer Cooperatives and Value Chains at its headquarters, which was attended by Chairmen, MDs, Secretaries and CEOs of consumer coops spread across the country.

Tamil Nadu Cooperative Minister Sellur K. Raju inaugurated the workshop and was the Chief Guest for the occasion. His presence, among other things ensured wide media coverage of the event in South Indian publications. Besides the Minister, NCDC MD Sundeep Nayak, senior officials of NCDC and other dignitaries were also present on the occasion.

Addressing the participants, Raju said, “Govt. of Tamil Nadu is providing financial assistance for consumer cooperatives like constructing new buildings, modernizing their units and many other things. Co-op stores in Tamil Nadu are functioning well amidst tough competition from the private sector”, he underlined.

On this occasion, he urged NCDC to provide Rs 115 crore to 23 cooperative wholesale stores and Rs 64 crore to 128 primary cooperative stores as share capital assistance with a lock in period of five years and repayable in 10 years.

The minister further added that, “NCDC should constitute expert committee to identify the areas where in value chain for agriculture produce can be established in co-ops in Tamil Nadu. NCDC may finance these projects. Co-ops in Tamil Nadu are willing to tie up with NCDC in these aspects”, he asserted.

Underscoring the importance of computerization of co-ops, the minister informed that all the district cooperative 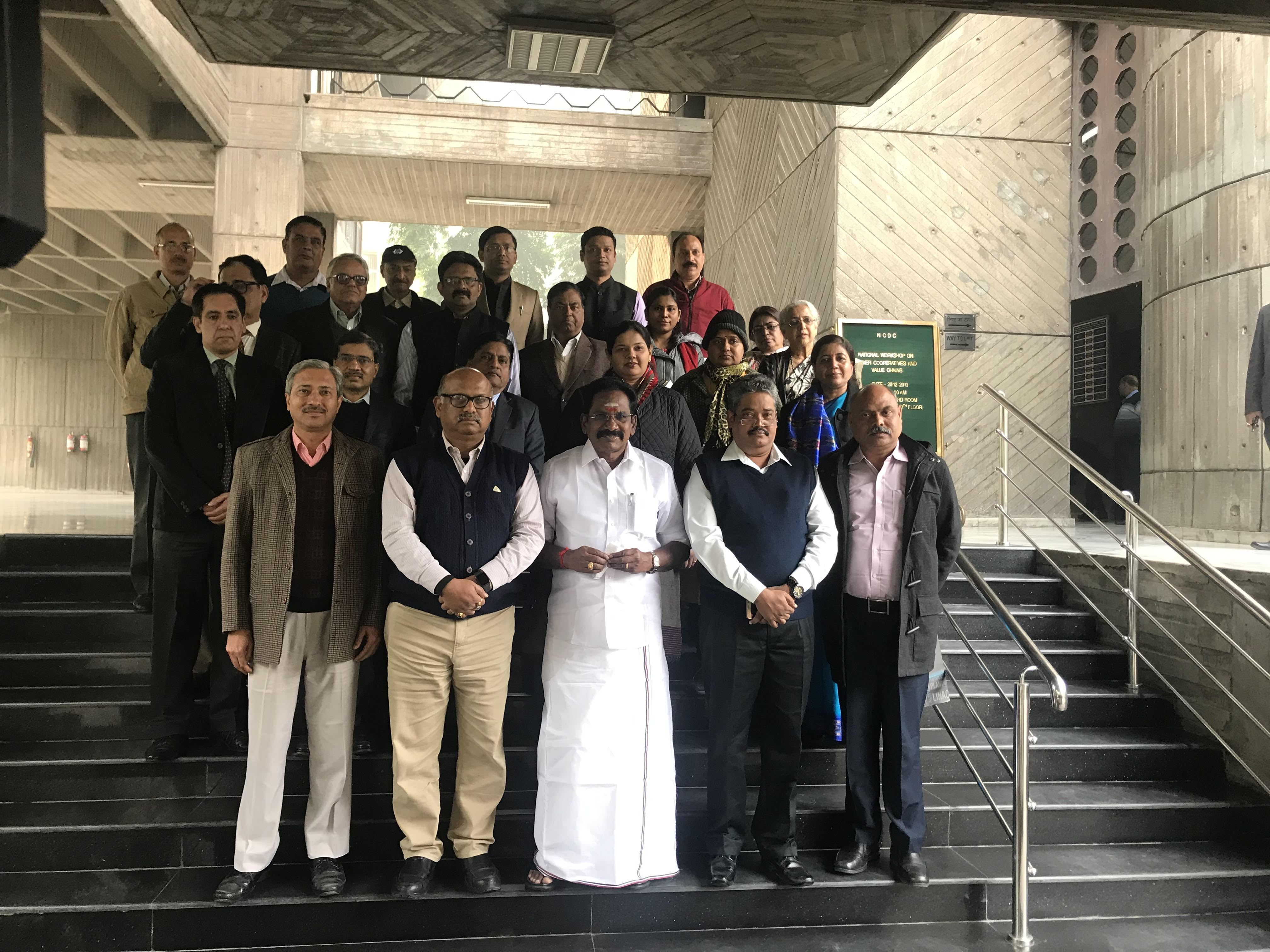 wholesale stores have been computerized at the initiative of Tamil Nadu govt. For this, NCDC may provide Rs 50 crore as financial assistance for the computerization of 370 primary co-op stores in Tamil Nadu, he stated.

In his welcome speech NCDC MD Sundeep Nayak said, “Consumers co-ops may play a vital role in increasing the income of farmers. NCDC has invested more than Rs 325 crore in consumer co-ops and would increase the investments many- fold in future”, asserted Nayak who has begun many firsts including global co-op fair, at NCDC after he took over as its MD.

Talking candidly, the MD said “Though the appeal of consumer co-ops among masses is a mixed one, we have to go to strategy to make it more attractive for people.” Nayak listed challenges before consumer co-ops and ways to tackle them. Due to electronic market this sector is facing a problem because consumer co-ops are not technologically advanced. Lack of professionalism is consumer co-op is also hampering their development, he said.

Stressing that consumer co-ops play an important role in controlling the prices of commodities by discouraging hoarding and black-marketing Nayak felt that cooperatives can play crucial role in its new avatar of FPOs.

Several participants also spoke on the occasion. One of the participants, Narendra Upadhaya, Chairman, Kendriya Thok Upbhokta Sahakari Bhandar, Etah said, “Government departments are not contributing their bit to develop consumer co-ops. We are planning to set up mini malls in the premises of one of ours store and thus seek fund from NCDC.

Another participant from Confed Rajasthan informed about the working of his federation and said, “We are having the masala unit and selling products under the brand name of Uphar. The federation is operating 405 medical stores.

D. Amaladas, MD, TN State Consumer Cooperative Federation said, “Technology in consumer coops is lagging which is to be strengthened”, he said.

NCDC PR Head, R Vanitha proposed a vote of thanks. 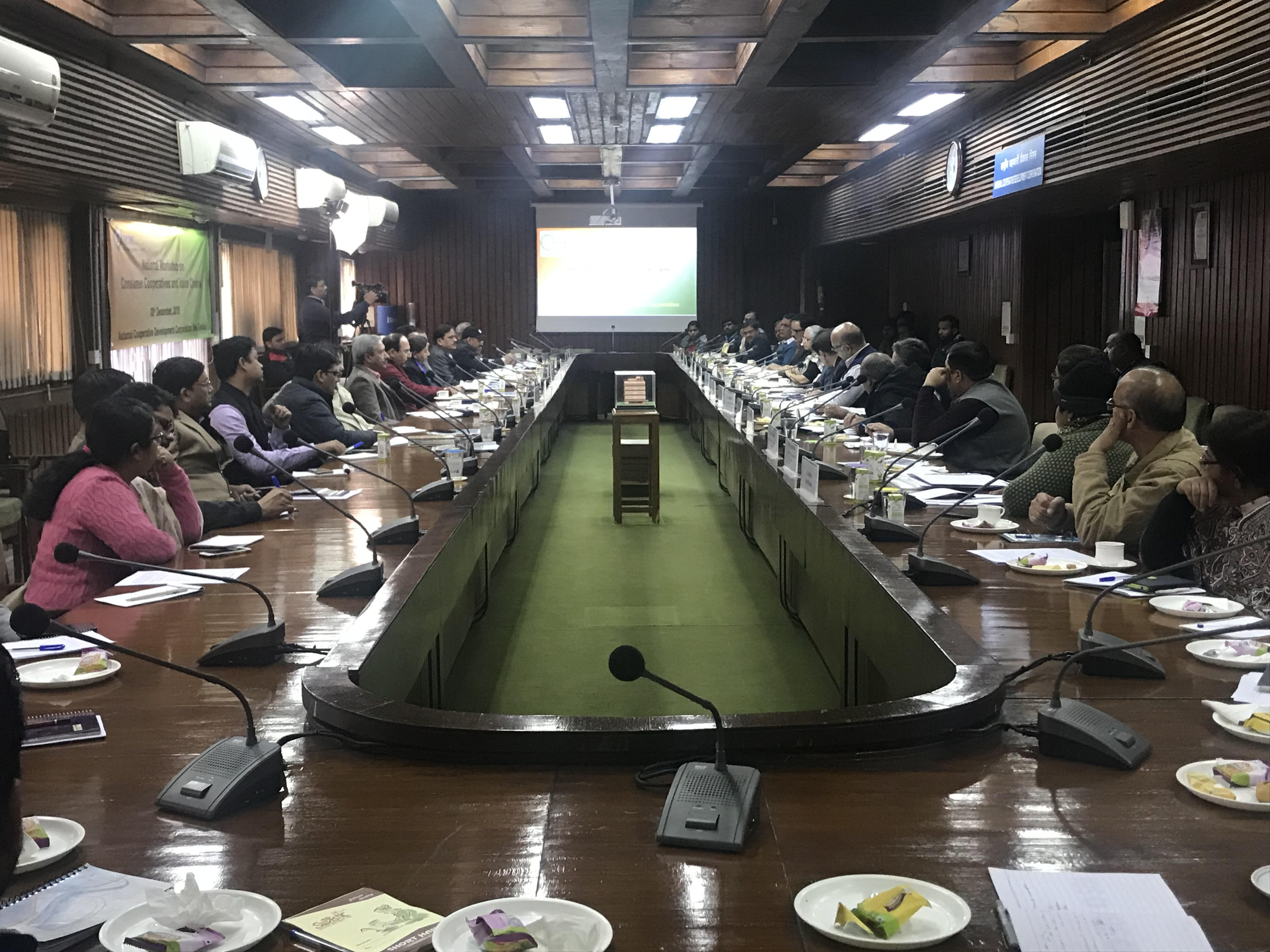