by Ajay Jha
in NCDC
0

Two Union Ministers, one MoS and several top bureaucrats of the Agri Ministry led by its Secretary Sanjay Agrawal were busy selling the idea of International Cooperative Trade Fair to the world at the PIB headquarters on Raisina Road in New Delhi on Tuesday.

The cooperative lender NCDC is the nodal agency of this first ever India International Cooperatives Trade Fair (IICTF) which is going to be held at Pragati Maidan, New Delhi from 11th till 13th October, 2019. NCDC MD Sundeep Nayak welcomed the guests and introduced the subject.

Both the Ministers -Agriculture Minister Narendra Singh Tomar and Minister of Commerce and Industry Piyush Goyal addressed the media one by one. They also took questions on a variety of issues. The MoS was present on the dais but did not speak.

The two union ministers made it clear to the audience that this trade fair will be the first in a series of several steps the Modi govt plans to take to boost agriculture export to the tune of Rs 7 lac crore from the present Rs 3.5 lac crore in the next 4-5 years.

The seriousness of the issue can be gauged from the fact that three intense meetings between the two ministries have taken place in the last fortnight to achieve the goal, as revealed by Piyush Goyal. “Brain-storming sessions on how to add value to our agri products and make them meet the global standards have taken place”, said Piyush Goyal, Union Commerce and Industries Minister.

Goyal said that Cooperative Trade Fair IICTF has come in very handy to achieve this goal as it would offer a chance to learn. He congratulated the agri ministry officials in general and NCDC in particular for this proactive move. Making a parallel between textile and agri products Goyal talked of Modi’s vision of “farm to fabric to fashion, in the context of the textile sector. “We have to do something like that in agri sector also”, he underlined.

“Indian farmers have made the country self-reliant in food in the past and now with the coming together of commerce and agriculture ministries, they will now do so for the world population”, said Goyal stressing that the trade can acquire any volume once the virtuous cycle is created. 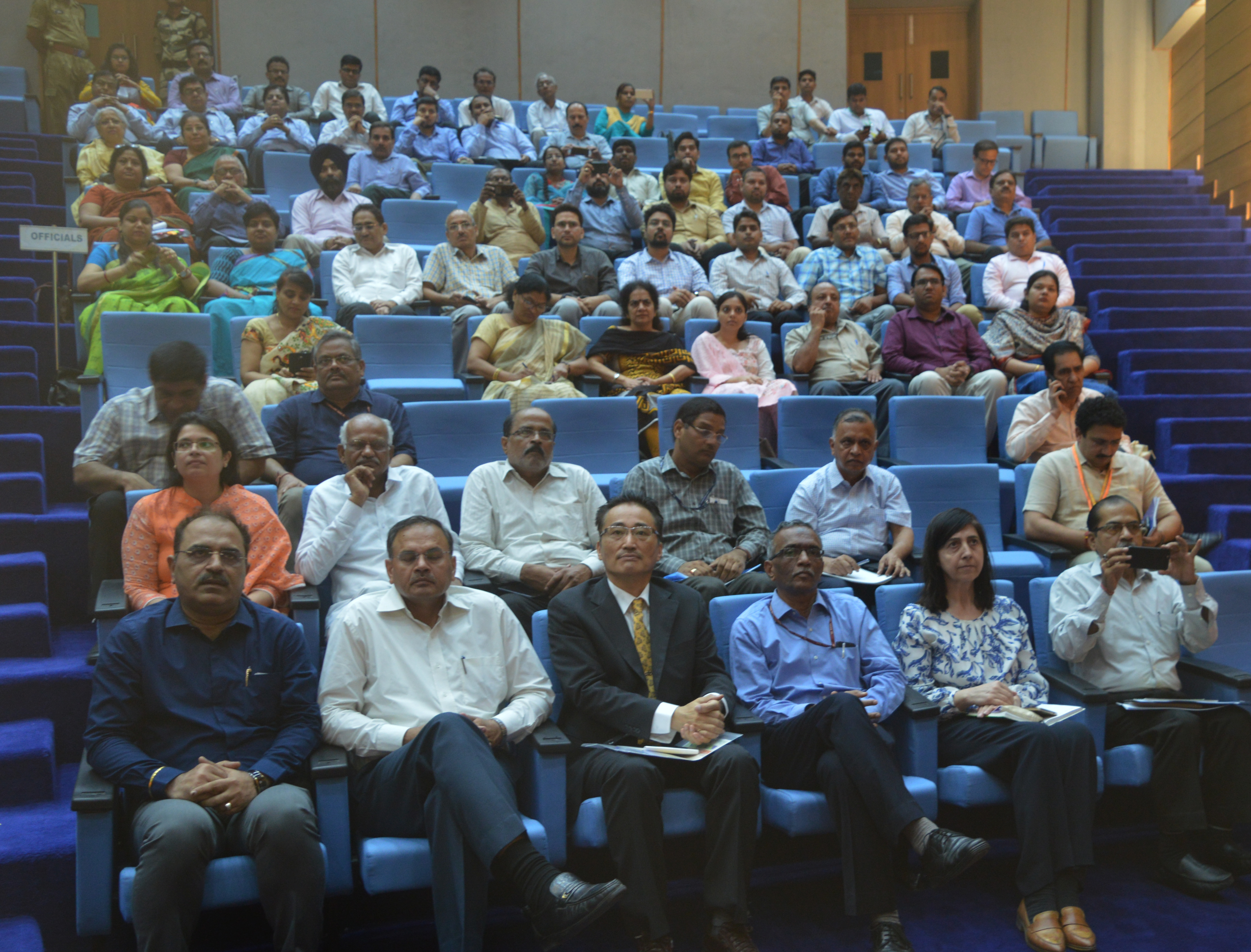 Yogendra Kumar, Tarun Bhargava and Harshendra Verdhan, among others.

Union Agriculture Minister Narendra Singh Tomar said that cooperative and agriculture are synonyms. If agriculture is the backbone of Indian villages, co-operative is their soul. He said cooperative spirit matters more than co-op structure as even the best of Acts fall by the roadside if the co-op spirit is missing. Even today co-op spirit permeates in villages through day to day activities, Tomar underlined.

Tomar also stressed that even smallest co-ops should find a place in the upcoming global trade fair so that they get exposed to the international standards. He lauded the IICTF team and said that a unique synergy is in display as different departments are sitting together to make it a success.

“Our joint presence (with Piyush Goyal) underlines the fact that the cooperation has begun”, Tomar said in lighter vein remembering old times when any two ministers of union cabinet would rarely meet due one’s ego. Each would want other to come to his office.

A two minute film was also shown on the occasion depicting areas and sectors in which trade is possible. A logo of the Fair was also jointly inaugurated by the Ministers along with its brochure. Parshottam Rupala was, however conspicuous by his absence. 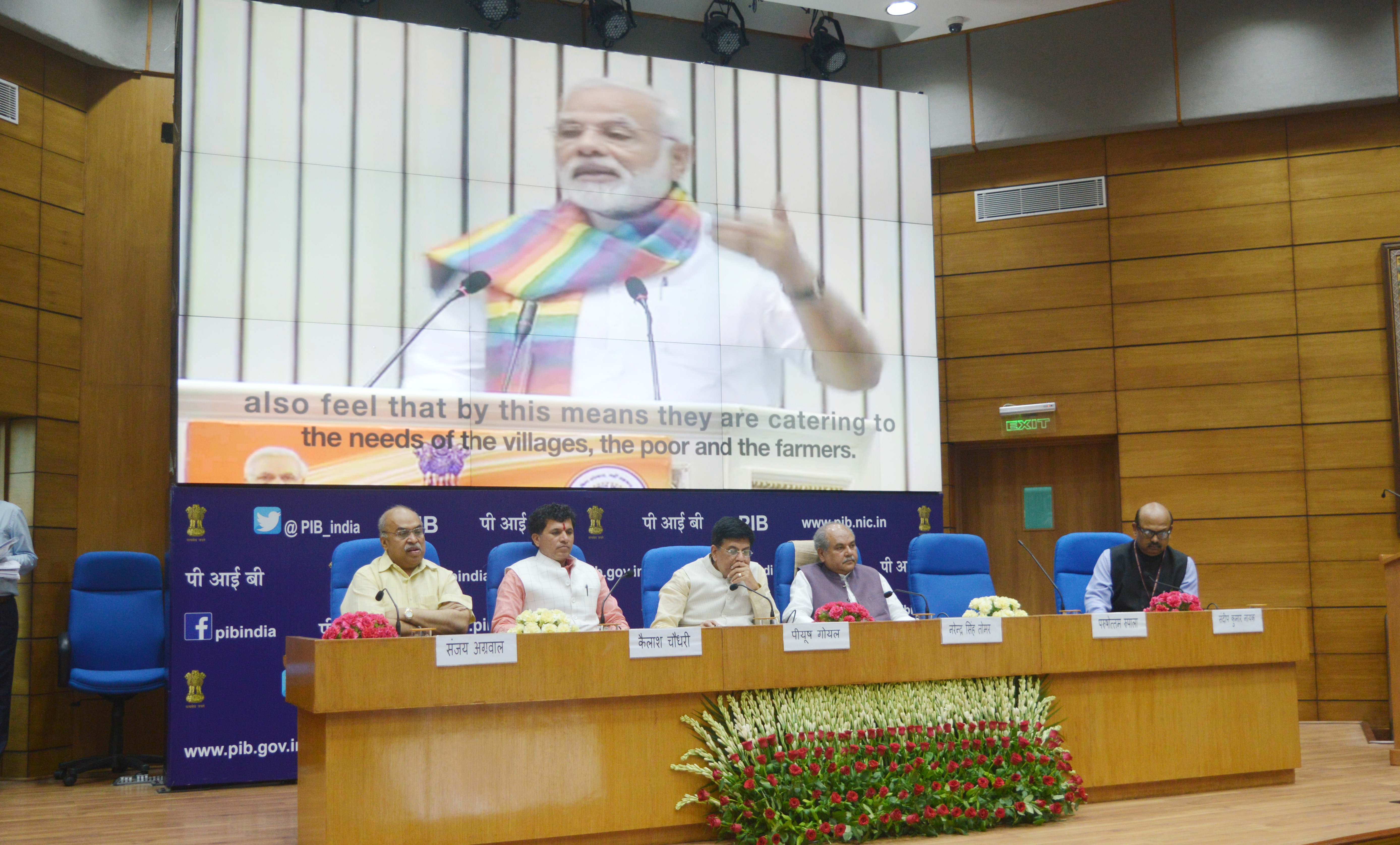