by Amit Awana
in NCDC
0

Responding to the growing need for cooperatives and other cooperative institutions particularly the banks to keep themselves safe from cyberattacks, NCDC recently has launched a cyber-security advisory forum, says a press release issued by NCDC.

The NCDC will be assisted in its efforts by Cyber Security Guru and Former National Cyber Security Head in PMO, Dr. Gulshan Rai in his capacity as Honorary Senior Advisor in NCDC. The Forum has two committees namely, Operations Committee and Enabler Committee under the Chairmanship of Dr Rai.

To develop a policy framework for cyber security and cyber crisis management, the first meeting of the Operations Committee was held at NCDC head office in New Delhi. It was attended by MDs and IT Heads from 11 States and 13 institutions across the country. Dr

Gulshan Rai made a technical assessment of cooperative institutions’ vulnerability profile based on his research findings. He spoke about operational road maps at different levels to upgrade cyber security in the cooperative banking sector.

The Enabler Committee considered the deliberations of the Operations Committee and decided on four actionable points. First, to draft and circulate a model cyber security policy among the cooperatives which they could consider and adopt. Second, to draft a model document on cyber security insurance provisions for banks to negotiate with insurance companies.

Third, to devise contours of advanced technical training programs on cyber security for banks. Fourth, to draft a model legal document to be entered with service providers on web applications. For the four actionable points four working groups led by different MDs were formed so that their recommendations are received by the Enabler Committee within a month.

While speaking on the occasion, MD NCDC, Sundeep Kumar Nayak said the ‘ NCDC is promoting the Cooperative Institutions’ Cyber-Security Advisory Forum (CICAF) in the light of the mandate given to NCDC under the NCDC Act to promote and develop cooperative institutions. He said the advice of Dr Gulshan Rai would be highly beneficial in the process. 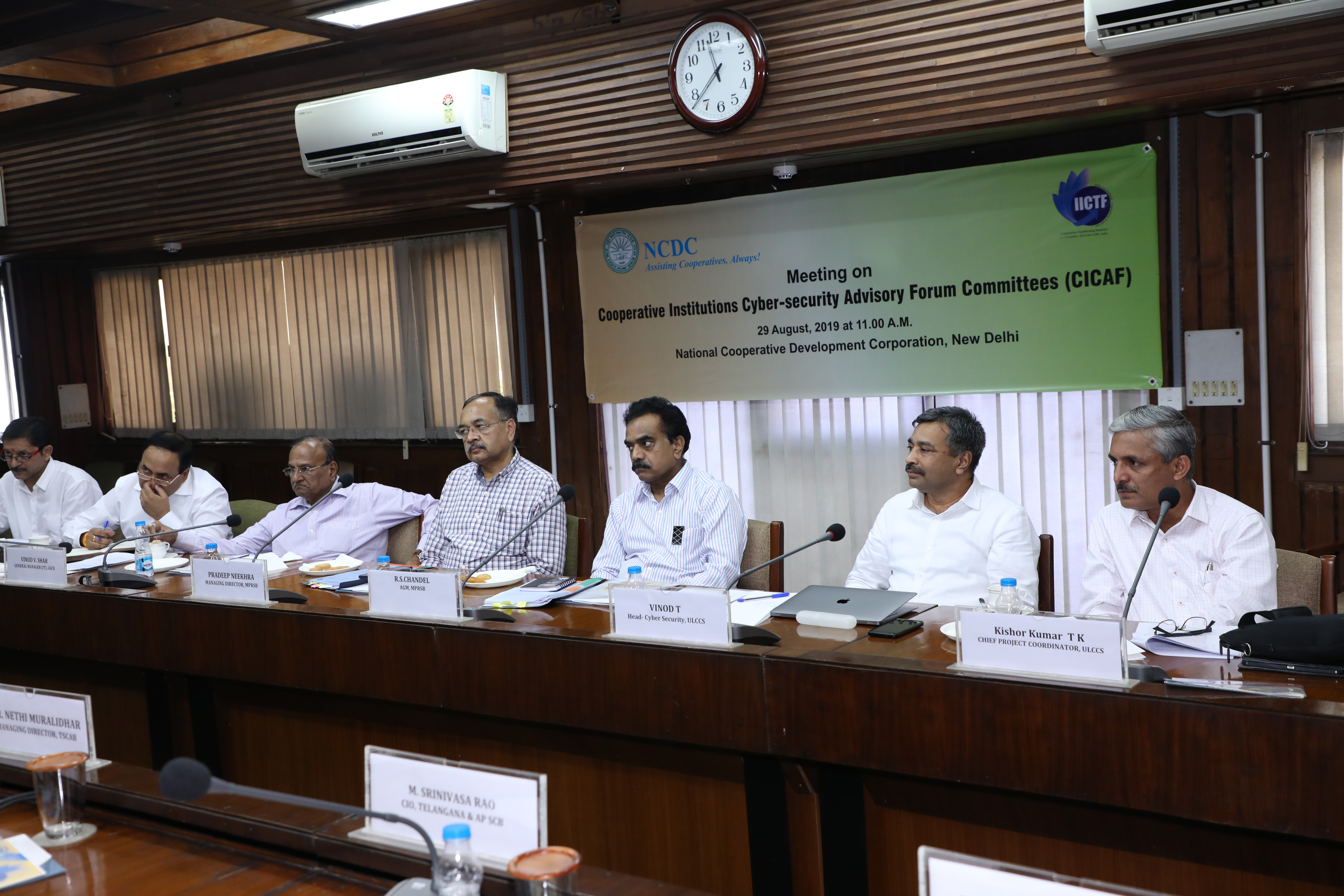