Speaking during the closing ceremony of IICTF, Union Minister for Commerce and Industries Piyush Goyal expressed satisfaction at the success of the Fair and informed that foot falls at the IICTF have counted more than 35 thousand and trade inquires more than 4 thousand.

Stating that there should be an International framework for expansion of cooperatives Goyal suggested how indigenous and ethnic products produced by cooperatives could be marketed on e-commerce platforms.

The 3 day event the first of its kind became memorable as a number of VVIPs like Governors, Chief Ministers, Ministers and foreign dignitaries attended the fair. Cooperators from across the globe attended the show which was inaugurated on 11th October by Union Minister Narendra Singh Tomar.

On the last day when Goyal addressed the participants, Indian co-operators except those from Sahakar Bharati and a few others like Fishcopfed MD B K Mishra were conspicuous by their absence. It transpired that they have to go to Rwanda to attend the International Cooperative Alliance (ICA) meeting.

Goyal also shared certain information about cooperatives and their impact on the global context. He said more 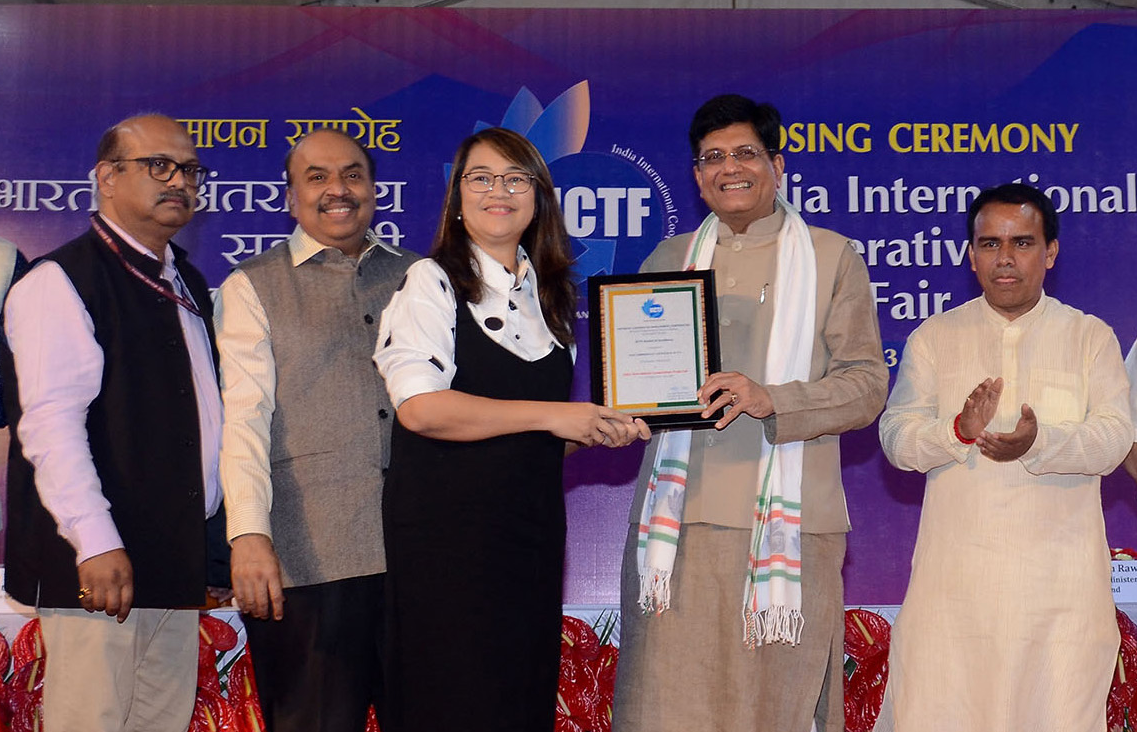 Subjects like Agri-Tech and Climate Smart Agriculture through cooperatives, Cooperatives as Cost Effective and Efficient Service providers, Big Data and Cyber Security in Cooperative Sector, Dairy Cooperative Opportunities for Value Addition and Trade and Farm Mechanisation and Inputs Supply- Role of Cooperatives were also taken up.

On the last day awards for excellence in different co-op sectors both for Indian and foreign co-operatives were announced. Nafed, Campco and ULCCS were the some of the prominent co-ops among the winners.

No co-operator figures in FM’s Committee on co-ops