NAFED earns profit but is not yet ready for dividends

It was after many years that NAFED held its AGM in a relaxed atmosphere where leaders and delegates congratulated each other on the revival of the co-op federation. “It is not long before we reclaim out pristine position” said Nafed MD Sanjiv Kumar Chadha underlining the newly acquired loan free status of the co-op federation. He said so while welcoming the delegates who had turned up in large number this time from various parts of the country.

In his presidential speech, V R Voda thanked Prime Minister and his team including Union Minister Radha Mohan Singh for help in arriving at one time settlement with the banks and for signing the Debt Settlement Deed in March this year. “Nafed is today off the hook”, Voda said with a sense of relief. The 61st AGM which was held at the NCUI

auditorium in Delhi was packed to capacity after a long time.

Acknowledging the support of the Modi govt in the revival of NAFED, Voda said the govt reposed faith in us and in Nafed and a result of which Nafed could procure oilseeds and pulses worth Rs 35 thousand crore in the last four years. “During 2017-18 alone, Nafed procured these commodities to the tune of Rs 17800 crore, posting a profit of Rs 226 crore”, Voda added.

Nafed Chairman also assured that with the payment of bank loans the generation of income at this rate, we can hope to give dividends from the next year.

Speaking after the Chairman, Nafed MD Sanjiv Kumar Chadha informed that Nafed has procured pulses and oilseeds from 11 states and earned an operational profit of Rs 226 crore and a gross profit of more than Rs 250 cr. “But more than finances, it is the rise in the trust value of Nafed which is goading many Ministries to engage with

Listing new initiatives undertaken by Nafed Chadha asked the member societies to be part of it. Seed and bio-fertilizer business and setting up of biomass management units are some of them, he said. Thanking the govt for raising bank guarantee to Rs 45500 crore, Chadha felt that Nafed has to be doubly sure before entering into any new business. He obviously meant the tie-up episode.

Chandra Pal Singh Yadav who also spoke on the occasion demanded that Nafed member co-operatives should be given first priority in procurement. Yadav’s statement was lapped up by the audience and it was decided that this

proposal would be included in minutes and sent to the govt.

The impressive performance of Nafed caused a feeling of reassurance and relaxation among those present in the AGM. With the easing of tension what surfaced was humour. Nafed’s former Chairman Bijendra Singh stole a march over others in this as he would ask audience to clap after making each and every statement laced with banter and jokes during his speech.

Nafed Vice-Chairman Sunil Kumar Singh proposed a vote of thanks in his typical half comic half serious style and named everybody from Prime Minister Narendra Modi to this portal for supporting the cause of Nafed. Another Vice-President Dileep Sanghani, who is visiting China was conspicuous by his absence. 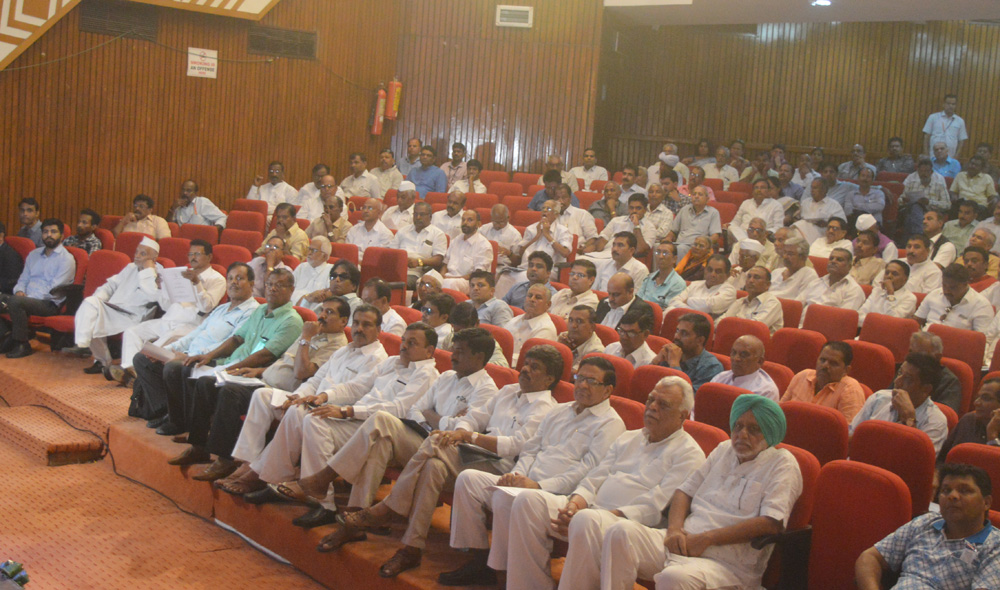