Indian Cooperative yet again proved prophetic when it said in these columns earlier there would be no voting and all the Directors would be elected unopposed. Dittoing our line K K Ravindran, the RO said, “No elections will be held as all the challengers have withdrawn their names. The candidates have been elected unopposed but the results will be announced on 23rd May in a special general meeting.

Indian Cooperative has also learnt that Bijender Singh would return as the Chairman after a gap of 5 years. Singh, whose chemistry with the BJP govt had not been comfortable in the past was the unanimous choice of elected Directors who sat Wednesday to decide on the names for the top posts.

V R Patel is said to have quit after he was assured that his son Dalsukhbhai Patel would be one of the choices for the vice-chairman, underlining the fact that co-operative is no different from the country’s general electoral politics where power is transferred from father to son.

The other name for the vice-chairmanship is that of Dr Sunil Kumar Singh, a formidable cooperator from Bihar. Singh is currently the Chairman of the state marketing co-op federation, BISCOMAUN. “The two names for Vice-Chairman—Patel and Sunil are final”, said a source familiar with developments.

But these decisions were not easy and it goes to the credit of Chandrapal Singh Yadav who through his persuasive skills effected a smooth transfer of power, said a source. Yadav was constantly busy whole of the last week talking to each and every member to arrive at a consensus. He also had to deal with many first timer delegates who wanted to contest, added the source.

Vishal, Sagwan, Joon and Monopoly-all were elected unopposed. There is not a single new face in the new Board.

Talking to Indian Cooperative correspondent on the phone K.K.Ravindran, Returning officer said “The result will be announced on 23rd May i.e. today in a special general meeting held on 11:00 A.M.”

It was obvious why some people withdrew but when this correspondent asked RO to give the names of candidates who have withdrawn, he refused quoting provisions in Multi State Cooperative Acts.

According to a highly placed source a committee comprising of Chandra Pal Singh Yadav, Bijender Singh, V R Patel and Dr Sunil Kumar Singh sat together to resolve claims and counterclaims for the top posts.

On a question if Bijender Singh may not be liked by the BJP govt at Centre, one of the Committee members said politics is an ever-changing game and you never know when he would get close to the BJP.

Meanwhile, all the 10 candidates from Federations have been elected unopposed. Dileepbhai Sanghani who is credited with helping in NAFED’s revival is not in the race of the top post.

NCDC ropes in top cooperators to deliberate on cyber-security 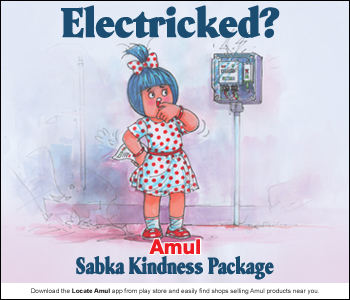