Sikkim IFFCO Organics signs MoU with companies of US & Croatia

by Staff Reporter
in IFFCO
0

IFFCO’s organic arm Sikkim IFFCO Organics signed two MoUs with US and Croatian companies to promote Organic and Biodynamic Farming and Demeter Certification in Sikkim, the area of operation of Sikkim IFFCO on Friday.

Blossoms Biodynamics from California, USA and Centre Dr. Rudolfa Sterinera from Croatia are the two Organizations working for organic agriculture. The MoU was singed at ongoing Organic Trade Fair – Biofach India in presence of HE Petar Ljubicic, Ambassador Extraordinary and Plenipotentiary of Republic of Croatia in India.

This mutual agreement is a part of Organic communities commitment for Sustainable Agriculture in Sikkim. This will also help in assisting Sikkim IFFCO for biodynamic agricultural production, an agriculture for future and promote Demeter certification for its products in Sikkim, reads a release sent by IFFCO PR.

The release further adds that it will help in creating new livelihood opportunities for local farmers and support the company in marketing its products globally specially in United States and European Union including Croatia. Special focus will be given on advertising and exploring the options for promotion in the mutual web spaces.

The major commercial crops in which Sikkim IFFCO operates are Cardamom, Ginger, Turmeric and Buckwheat with the initial project cost of INR 50Crore.

The First MoU was signed by Mr. Mayank Parihar, COO, Sikkim IFFCO Organics and Mr. Gene Gollogly, International Director, Blossoms Biodynamics, USA. BLOSSOMS BIODYNAMICS will help by giving its advisory services for the marketing & distribution in the US markets. Together both players will collaborate in their common projects.

Second MoU was signed by Mr. Mayank Parihar, COO, Sikkim IFFCO Organics and Mr. SC Dijana Posavec, Director, Centar Dr. Rudolfa Steinera, Croatia. CENTAR DR. RUDOLFA STEINERA is the centre for biodynamic agricultural production and distribution in Croatia. It will provide training to the local farmers for the biodynamic agriculture and help in marketing the products in Croatia and European Union.

Sikkim is India’s first Organic Certified State and this Joint Venture is an effort by both IFFCO and the state government to create an Organic Value Chain across the state to benefit and incentivize its farmers, claims IFFCO sources. 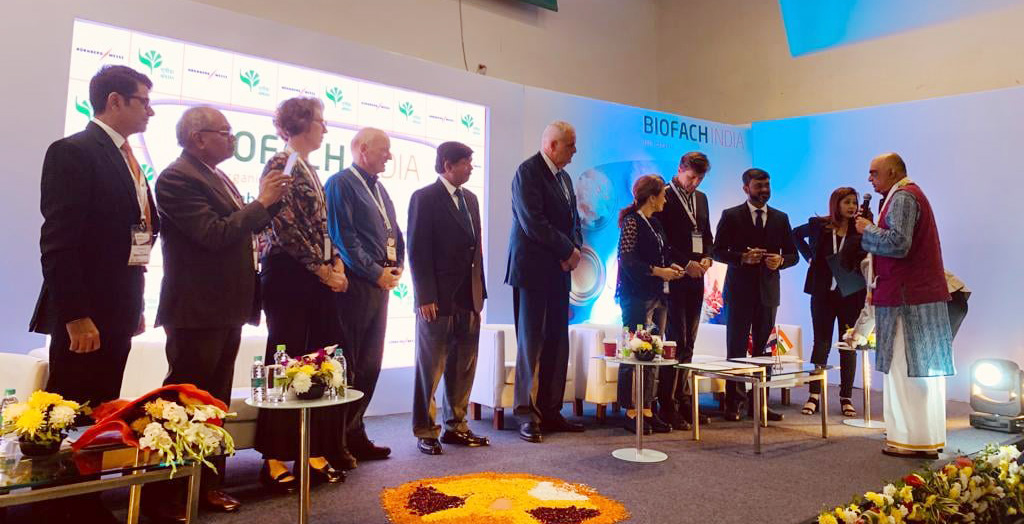