by Amit Awana
in IFFCO
0

IFFCO organized a high voltage seminar on ‘Contribution of Cooperatives in Agriculture Development’ in Bhopal, Madhya Pradesh on Thursday, in which State Cooperative Minister Govind Singh was the chief guest.

More than a thousand of farmers and eminent cooperators were present during the seminar, which was also attended by IFFCO’s top bosses including its MD Dr U S Awasthi, Marketing Director Yogendra Kumar and IFFCO Director Amit Pratap. Incidentally, Amit is the son of the Minister.

Addressing the seminar, the Minister said the fertilizer should be sent directly from the godown to cooperative societies to save time. The information about the schemes run by IFFCO for the welfare of farmers should be conveyed to them and the information about schemes of IFFCO regarding availability of urea must be displayed in every marketing cooperative society of the state, Singh underlined.

He further added that it is heartening to note that farmers are diversifying their business into animal husbandry and similar other activities which will enhance their income. The Minister urged the IFFCO team to set up cold storage and food processing industries in the state. 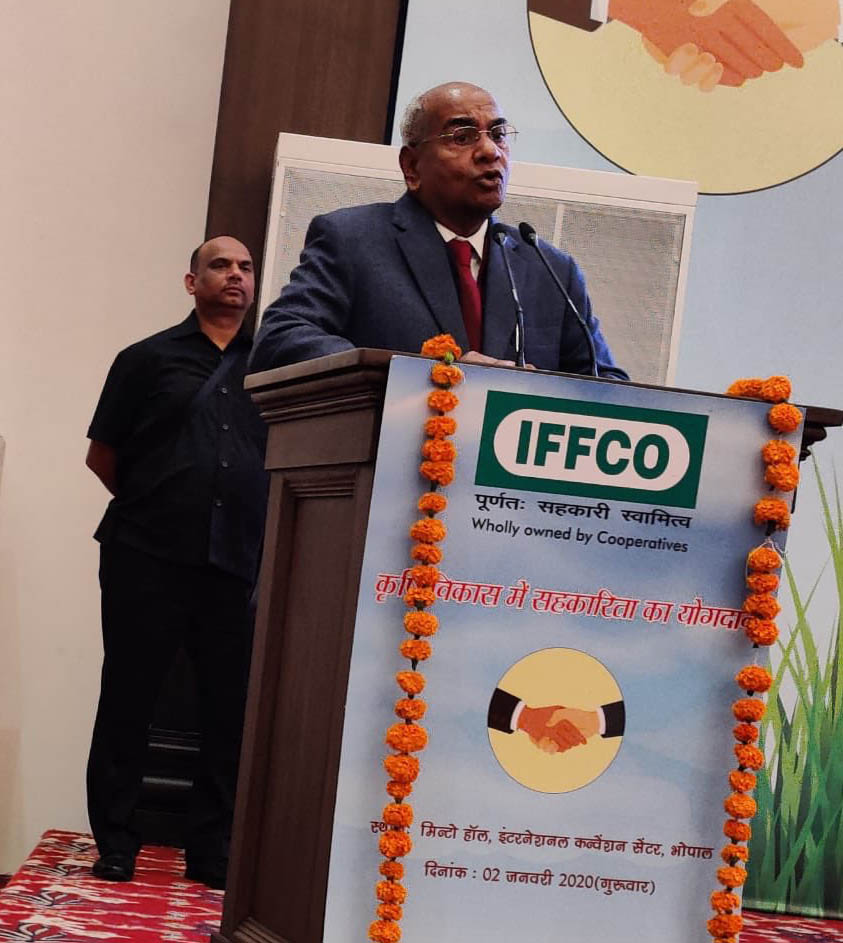 ‘Contribution of Cooperatives in Agriculture Development’ organized by IFFCO”.

In his address, IFFCO MD Dr U S Awasthi focused on Nano Technology and its role in carving the future of Indian farmers. “For IFFCO it’s a beginning of not a new year but a new decade and its initiative in the new dimensions of nanotechnology products and environmentally friendly agriculture are going to make a difference in the agri eco system; IFFCO will deliver Nano urea before next Kharif season”, Awasthi said.

“Nano urea will be more efficient than solid urea and it will also cost much less”, Awasthi reiterated before a huge audience.

Amit Pratap Singh also addressed the gathering and apprised the audience of IFFCO providing direct services to farmers in almost all the villages of the country.