Mech Engineer takes over as Co-op Relation Director at IFFCO

A mechanical engineering graduate from Roorkee heads the Cooperative Development Wing of one of the world’s largest cooperative titans IFFCO. His name is G K Gautam and he is the new blue-eyed boy, ferreted out by IFFCO MD Dr U S Awasthi.

Your doubts about his cooperative roots would vanish if you meet him. His clarity of thoughts and his proposed line of action would not leave you before being impressed.

Credited with turning around the Aonla unit from where he landed straight to the IFFCO headquarters to take over the new assignment, Gautam is reading the MSCS Act these days. “I want to first understand the cooperative laws of the land and IFFCO’s bylaws to do justice to the job I am entrusted with, said Gautam displaying two books.

“Though a mechanical engineer by training I have been with IFFCO for a number of years and was never oblivious to the fact that I work in a cooperative culture”, said Gautam displaying his faith in the superiority of the cooperative model.

“Can you imagine any other model wherein the shareholders are given 20% returns year after year”, asked Gautam. The model has a human face to be found nowhere, he said with a tinge of pride in his voice.

The farmers have an intrinsic faith in a cooperative product, he said giving the example of IFFCO-MC which has been successful so far in driving away the fake and unreliable pesticides’ companies. IFFCO’s products have a huge appeal among farmers due to their reliability, added Gautam.

“To tell you the truth I am finding it exciting. Exciting also because I am now directly executing the vision of our MD Dr U S Awasthi whose mind is ever focused on new projects as well”, said Gautam. 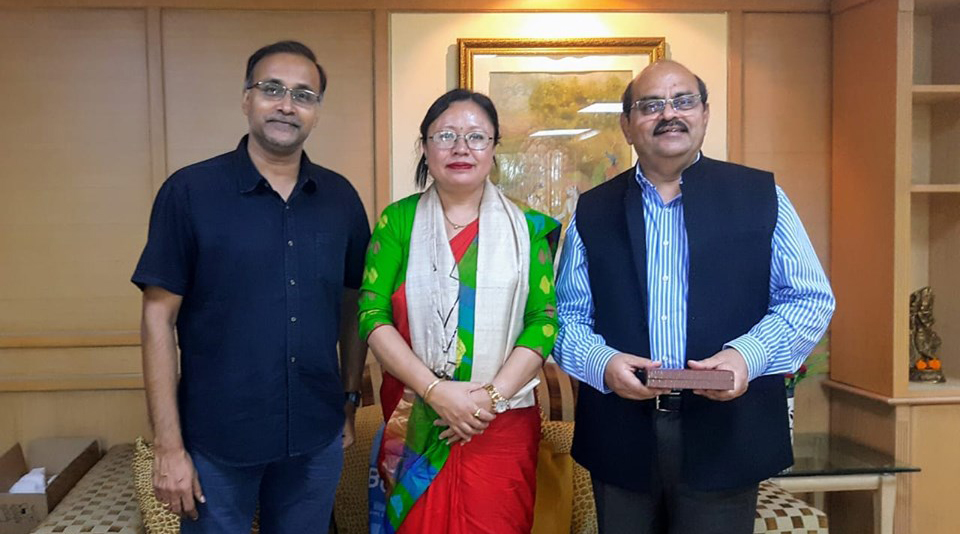 It is not so that the new Director is not aware of the challenges of the job which was once headed by the legendary Dr G N Saxena. The latter is still rated as a cooperator who had established profuse contact with cooperators of the country and abroad.

But Gautam has also begun the exercise in earnest. He is using every occasion to meet the people such as ICA AP head, Nepal cooperators and others. “I am getting the hang of the things slowly through mails also ”, he said listing names of co-op organizations spread across the globe.

Gautam also plans to meet Indian cooperators and wish to know them better. “IFFCO is home to 38 thousand co-op societies and I am aware of the task cut out for me”, he said.

Gautam was made Director in the last board meeting that took place on 12th July at the IFFCO headquarters in Delhi. The other recommendations of the Board included a new head of Sikkim Organics. While K L Singh has retired, A K Singh has been made Director Technical.