The field trials of IFFCO’s Nano fertilizers are hogging media headlines with the latest story coming from Warangal (Telangana) of a farmer who has found Nano’s efficacy extraordinary on his paddy fields.

The farmer named Ramesh and a resident of Koopar village has given a comparative view of his production before and after using the Nano fertilizers, which included Nano Nitrogen.

According to the video posted by IFFCO MD Dr U S Awasthi on Twitter, “The farmer has found that when he sprayed Nano nitrogen in his fields, yields spiked considerably compared to when he had used other fertilizers. Nano has not only improved the quality of produce but also raised its production, the video reveals.

Awasthi wrote on his twitter wall, “Here is one testimonial by a farmer from Warangal Urban Distt of Telangana about his experience of using IFFCO Nanotechnology products specially Nano Nitrogen on his paddy fields. Good to know it’s giving good growth & strength.

In its another video, a scientist named Dr Anil Kumar from KVK Rampura, Rewari, Haryana is showed, who visited the field where farmers used IFFCO’s Nano Technology based products at Village Khaliawas.

Sharing his view, he said with the use of Nano products the yields of Mustard spiked considerably to when he has used chemical fertilizers. The spray of Nano Zinc, Nano Coopers has increased the branches. The production increased. 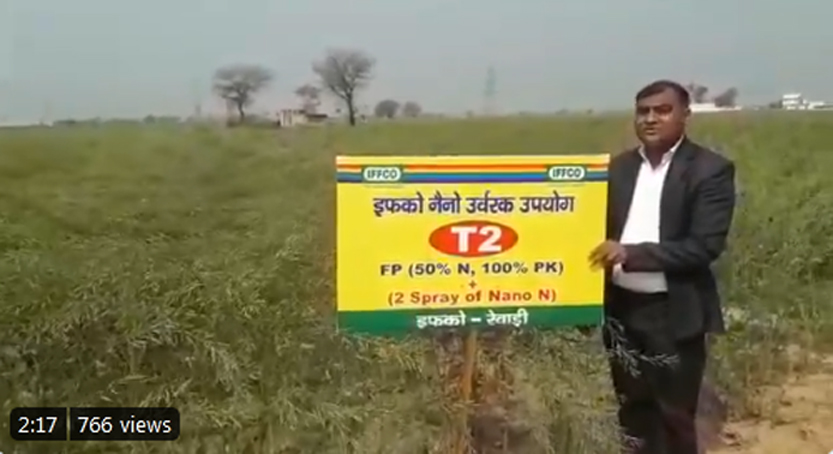 As soon IFFCO MD posted the video on Twitter, it went viral. Earlier, we had reported in these columns that IFFCO’s field trials are going on in almost all the states and in several union territories.

The Nano products have been researched and developed indigenously at the IFFCO Nano Biotechnology Research Centre (NBRC) in the Kalol Unit. Recently, IFFCO launched another Nano lab in its Aonla unit.

It is being said that these nanostructured formulations will reduce the requirement of conventional nitrogen chemical fertilizers by 50%, deliver nutrition to the plant in an environmentally sustainable manner and be available to the farmers at reduced costs.

When DM stops voting in a co-op election!