Moving promptly soon after the announcement of field trial of its Nano range of fertilizers in early November in Kalol at a grand function, IFFCO filed for patenting them and got the same done in its name last week, informs its MD Dr U S Awasthi.

Nano Nitrogen, Nano Zinc and Nano Copper were patented in the name of Nano Biotechnology Research Centre, IFFCO Kalol on 22nd November, according to a communication sent by the concerned department of the Ministry of Commerce and Industry.

At a time when reports of blatant copyright misuses across the world abound, we lost no time and made an application on 2nd November only when the field trials were about to be announced, said an IFFCO official.

It bears recall that IFFCO had launched these products at an impressive function at Kalol in Gujarat in the presence of Union Chemical and Fertilizer Minister Sadananda Gowda. Mansukh Mandaviya, MoS, Parshottam Rupala, MoS Agriculture Ministry, Gujarat’s Deputy Chief Minister Nitin Patel along with IFFCO top guns including Chairman and MD, Vice Chairman Dileep Sanghani and Gujarat Minister and IFFCO Director Jayesh Radadiya, among others were present on the occasion.

IFFCO’s Nano products were simultaneously launched from 11 places from across the country. About 34 progressive farmers were given samples of the new product. These products have been developed indigenously at the IFFCO Nano Biotechnology Research Centre (NBRC), at Kalol Unit. 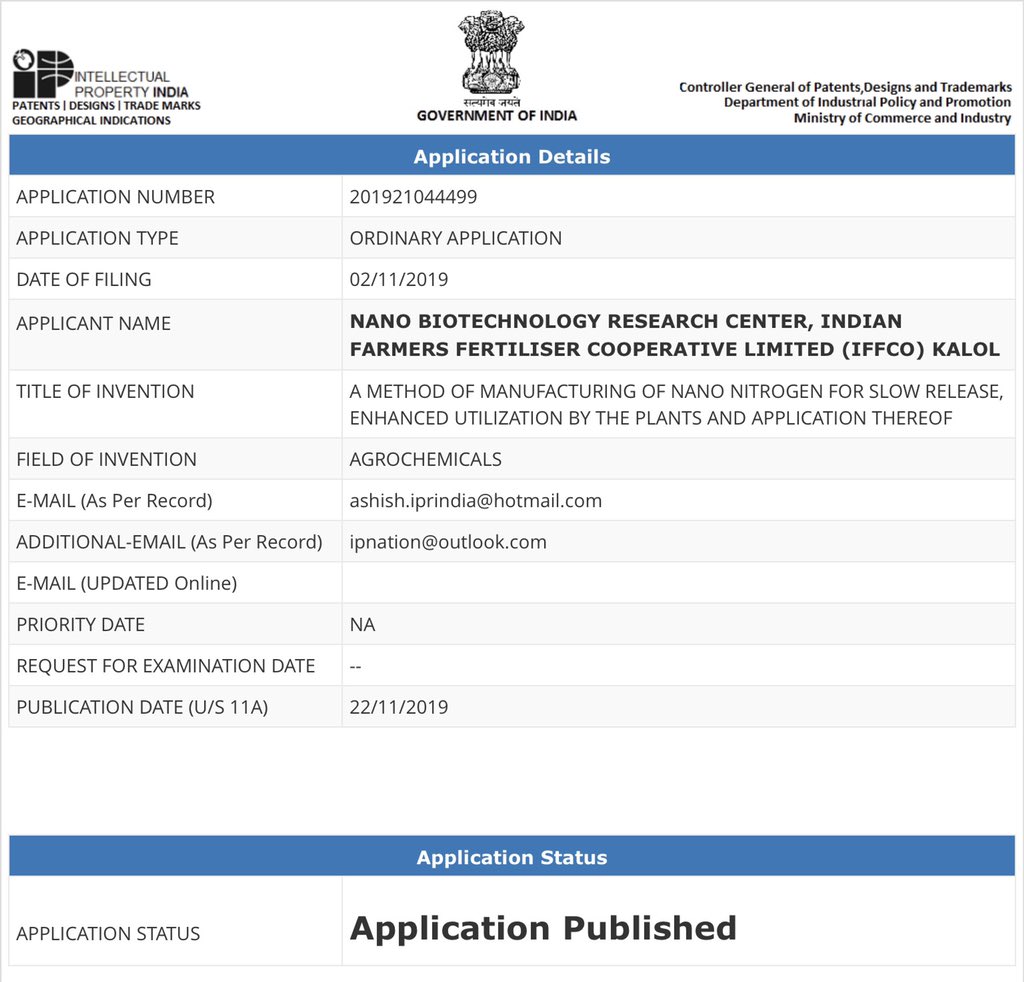 These nano structured formulations effectively deliver nutrients to the plants. Other benefits of these Nano-products include Reduction in the requirement of conventional chemical fertilizer by 50%, Up to 15-30% increase in crop production, Improvement in soil health, Reduction in the emission of greenhouse gases and their being environment friendly.

Meanwhile, nano fertilizers are showing encouraging results from various parts of the country. A farmer from Kalapathar, Cuttack in Odisha, among others, posted pictures of agricultural fields before and after the application of the nano fertilizers, establishing the positive impact of them.

Humbled by Awasthiji’s tweet the scientist Ramesh Raliya who is the brain behind Nano experiment wrote “Thank you, sir. I appreciate your leadership and support. Grateful for the help being received from colleagues across.”

DG Inamdar, Kalol Unit Head under whose supervision Nano products are being developed also thanked his MD and said this is a very satisfying moment for all of us at Kalol Unit that we have contributed in reducing chemical fertiliser consumption in our country under your leadership and vision. 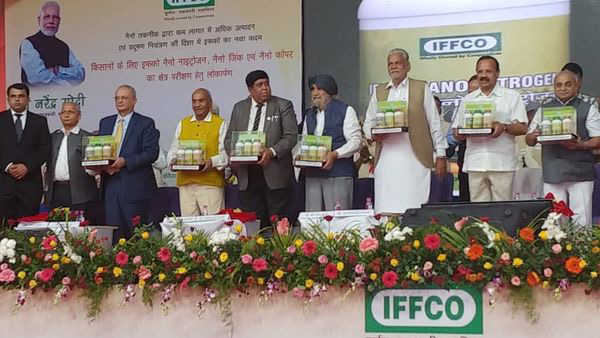