I have come to say you thanks, says Guarco on his election

by Ajay Jha
in ICA
0

A true cooperator to the core of his heart ICA President Ariel Guarco won the hearts of Indian cooperators with his simple and yet direct speech. “I am born in a cooperative town where all the affairs of human existence would be fulfilled by cooperatives; how I became ICA President is a puzzle even for me ”, said Ariel Guarco to the utter surprise of Indian cooperators, some of whom are still caught in the trappings of office.

Lauding Indian cooperative movement as robust, Areil Guarco said I have come here to say you thanks for your support in my election. “Since I did not get a chance to say so earlier I am doing it now”, said the man whose current position in co-op hierarchy and his humility was worth a toast for many.

“To tell you the truth I decided to contest only when I had assurances of your support; India was at the top of my mind and was the major strength of my canvassing during the election”, said Guarco paying rich tributes to Indian support. He also said India can lead global co-op movement and in fact is the natural claimant for the job.

ICA Global body has about 14 co-op organizations as its members from India and it is true that Team India joined hands with each other to support his candidature. “I wish to hear about your problems at local and regional levels and assure you of our support” said Guarco to heads of majority of national level federations who had assembled at the NCUI headquarters in Delhi to meet him. 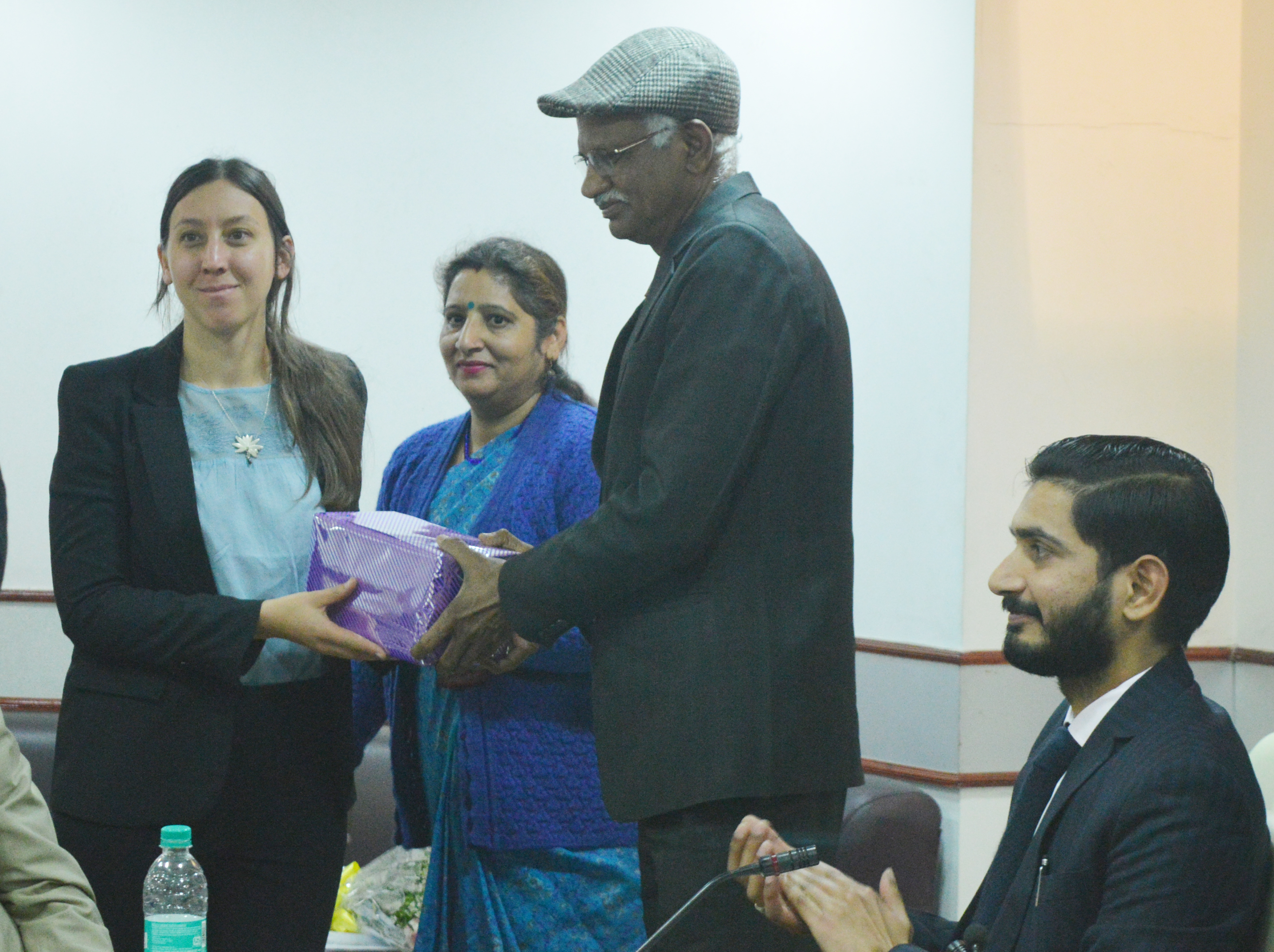 Singh Yadav welcoming Guarco. “On the behalf of Indian cooperative movement I welcome you and feel thankful that you came here despite your tight schedule’, said Yadav.

Chandra Pal also recounted how strong co-op movement is here and named several co-ops in this connection including IFFCO and Kribhco. It is the job of NCUI to strengthen co-op movement and our officers would make a presentation before you about our activities, said Yadav.

The occasion also saw introduction of guests, some of whom spoke briefly on the state of co-op movement in the country. While Nandani Azad said that her co-ops (ICNF and WWF) showcase the best practices in micro- 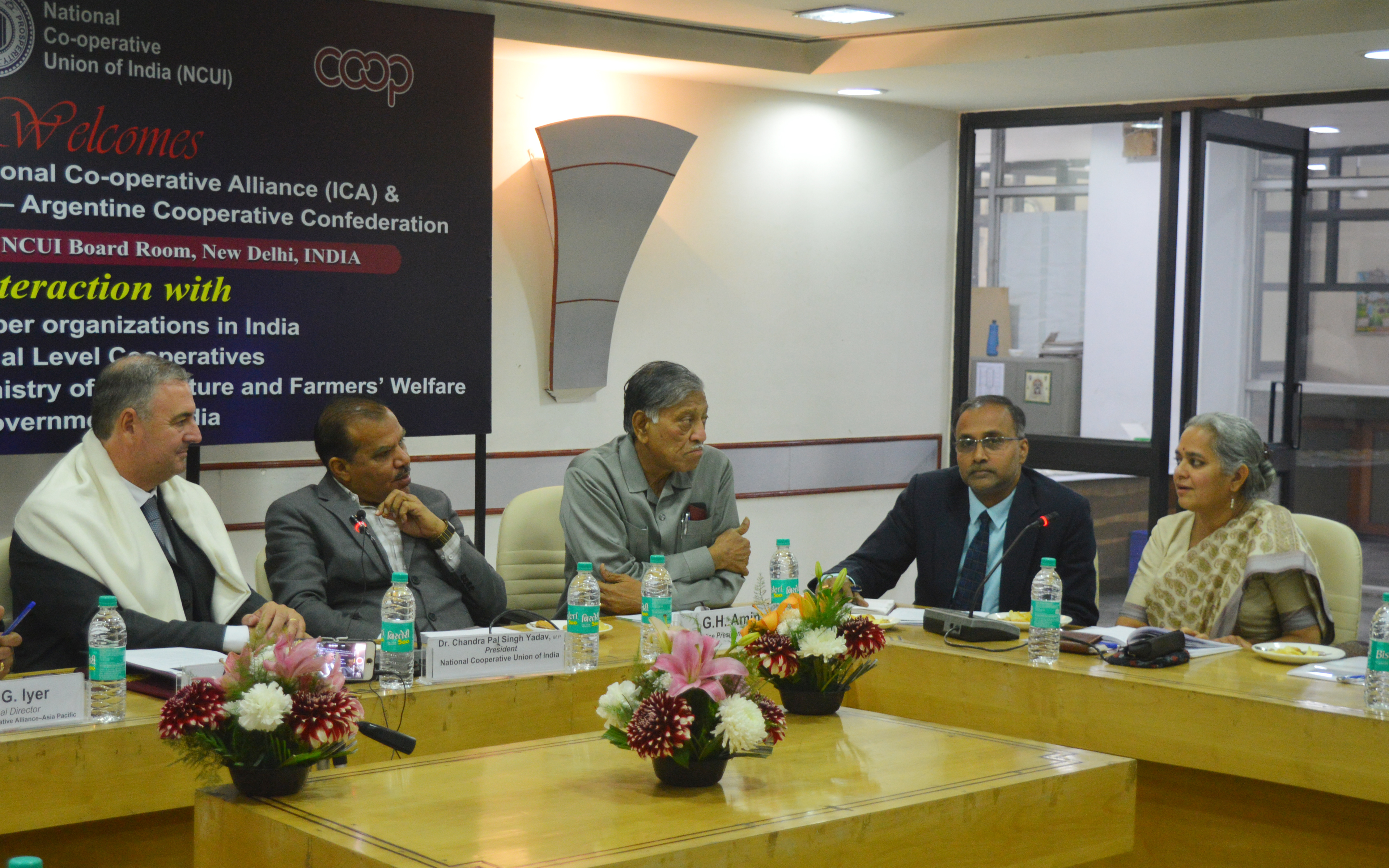 finance, NCDC MD Sundeep Nayak narrated about his organization’s global activities and need to have Co-operative to Cooperative business.

ULCC which got ICA membership two weeks back received the certificate from the ICA President on the occasion. Led by its Chairman the ULCC team comprised of T P Sethumadhavan, Director UL Education, Abhijit MT, OSD to Chairman and Kishore.

While Balu Aiyer made the closing remarks, K N Sinha, Executive Director (NCUI) proposed a vote of thanks. 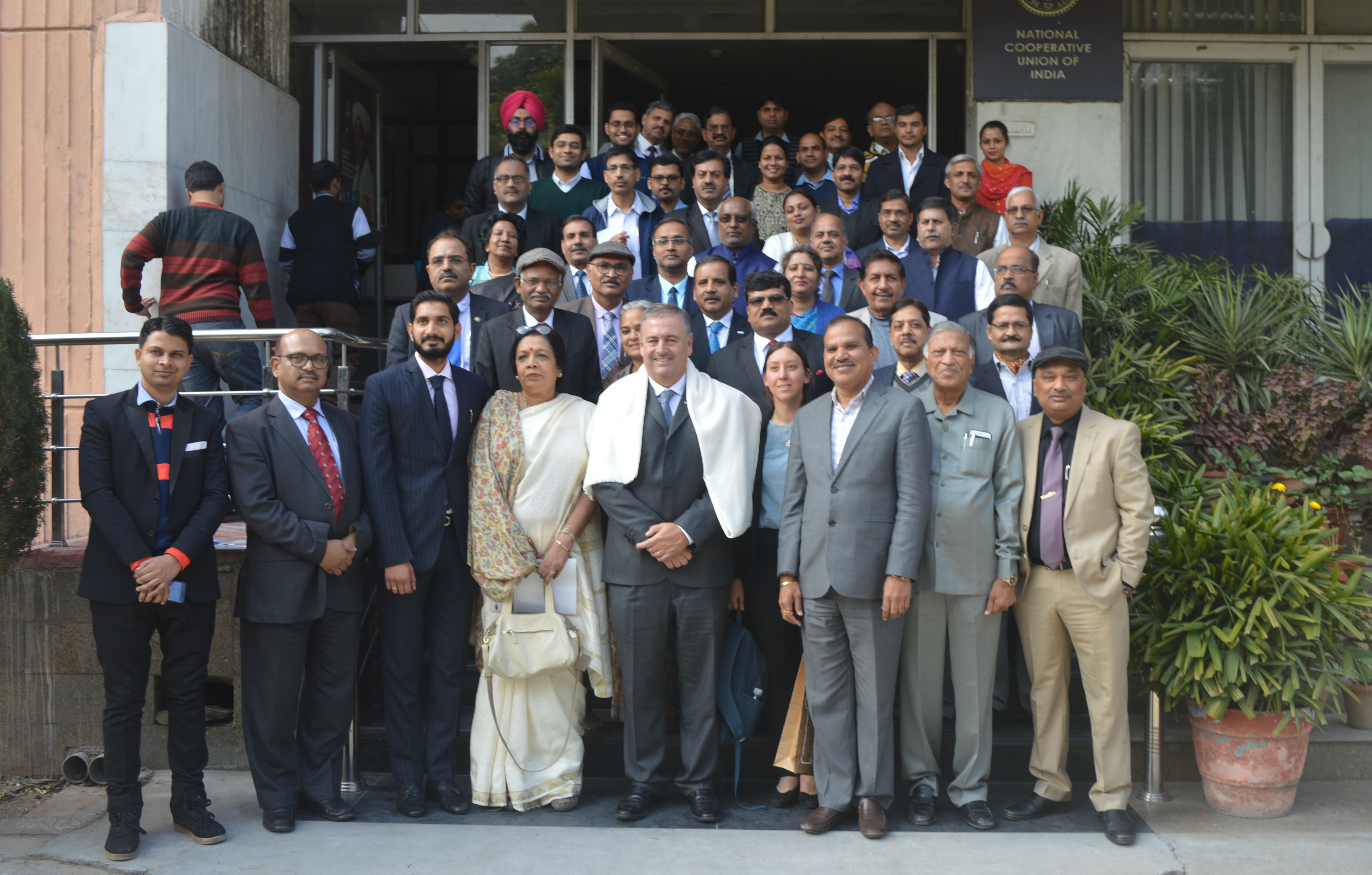