I am not as polished as Marathe or Mehta: Vaidya

by Ajay Jha
in From States
1

The newly elected President of Sahakar Bharati Ramesh Vaidya intends to take the cooperative movement to the countryside. “Unless we strengthen PACS, the co-op model is not going to succeed”, he said to Indian Cooperative during his visit to Delhi.

“We have reasonably done well in the sectors of urban co-op banking and credit co-ops. Now we need to focus on PACS and primary milk co-operatives in rural areas”, said Vaidya who is a graduate in Chemistry but still counts himself a farmer. ” My two sons are working in the corporate sector in Bangalore but I live in village and is actually involved in day to day farming even now. I have 40 acres of land”, he said proudly.

Saying that he is perhaps not as polished or urbane as his predecessors such as Jyotindra Mehta or Satish Marathe, Vaidya says he joined Sahakar Bharati in 2001 and has ever since been active in organizing PACS on modern lines. “I have seen more of villages and less of towns”, he said smilingly.

It is partly because of his efforts that the PACS of Bijapur district of northern Karnataka have become ideal PACS. North Indian cooperators who have no idea as how PACS can be organized, would not readily recognize these PACS offices which look like modern banks conducting a gamut of activities encompassing village life.

Enumerating what makes a good PACS Vaidya said that with the advancement of technology, stress on the quality of human resources also has become important. And then you need a good BoD which thinks for the good of the community. More than board members’ education what matters is their transparent handling of responsibilities.

A firm believer in general human goodness, Vidya says there are several honest young men in villages these days. “You do get 100 percent honest people in villages and scouting them for the job is key to the success of a PACS”, Vaidya underlined.

This is how PACS is giving salaries in some cases up to Rs 50k per month, he disclosed. Rs 15k could be called an average salary of PACS secretaries in the districts of Raichur and Bijapur, he stated.

Strangely enough a job in PACS is valued more than a job with Panchayat or Zila Parishad office, said Vaidya underscoring a paradigm shift taking place quietly in the northern Karnataka due to the robust  growing cooperative movement.

Since most of the villagers are members of PACS they are willing to buy an item from PACS store even if it is slightly more expensive than the market rate. “They have a feeling that the money finally comes to them as share-holders”, explained Vaidya.

Over the past few years PACS of northern Karnataka have also come to the rescue of Andhra pickle-manufacturers-poor folks who produce famous mango-pickles without an assured market. PACS have begun to market their produce with startling results, stated Vaidya. 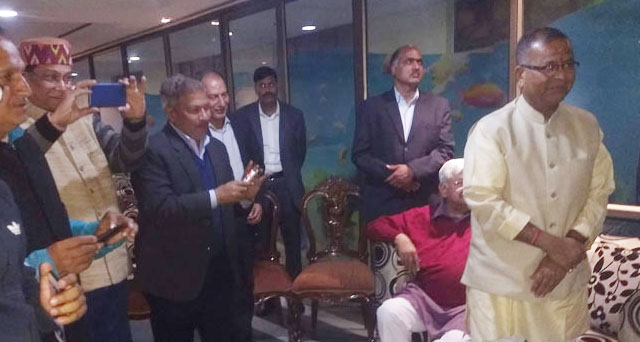