Mehta recalls how UOs helped during USA meltdown in 2009

by Parasnath
in From States
0

Responding to a news item in Indian Cooperative titled “Cases like PMC won’t occur if UCBs have Umbrella: Ex ED RBI”, V S Das has said he had never made this observation.

Being committed to a two-way communication in media we are producing the reaction of V.S. Das, Executive Director (Retd.), Reserve Bank of India on the said news item.

In a mail Mr Das says “I wish to categorically deny having made the above statement attributed to me in the aforesaid news item. I have been incorrectly quoted by your Staff Reporter concerned.”

He further writes “In the first para it is stated that I had said in my address at the AGM of NAFCUB held on October 28, 2019 that “with the UO in place cases like Madhavpura or PMC would be taken care of”, Das denied making this statement in the said AGM of Nafcub.

I refer to the news report titled ” Cases like PMC won’t occur if UCBs have Umbrella: Ex ED RBI” dated October 6,2019 appearing in the Co-op News Snippets section of your esteemed publication.

“In my address at the AGM of NAFCUB I had alluded to the various benefits of the Umbrella Organisation for the UCB sector, one of them being liquidity support to affected banks in crisis like situations, as a result of contagion impact of episodes such as PMC or MMCB”, he says.

“I hope your reporter collected the brochure on the UO which was distributed at the NAFCUB’s AGM. It gives a concise overview of the features and benefits of the Umbrella Organisation that is being set up for the UCB sector”, he clarifies.

Indian Cooperative staff reporter says while Mr Das did mention the names of Madhavpura and PMC Bank, there is no point joining the issue with him and giving him the benefit of the doubt let us believe that his interpretation 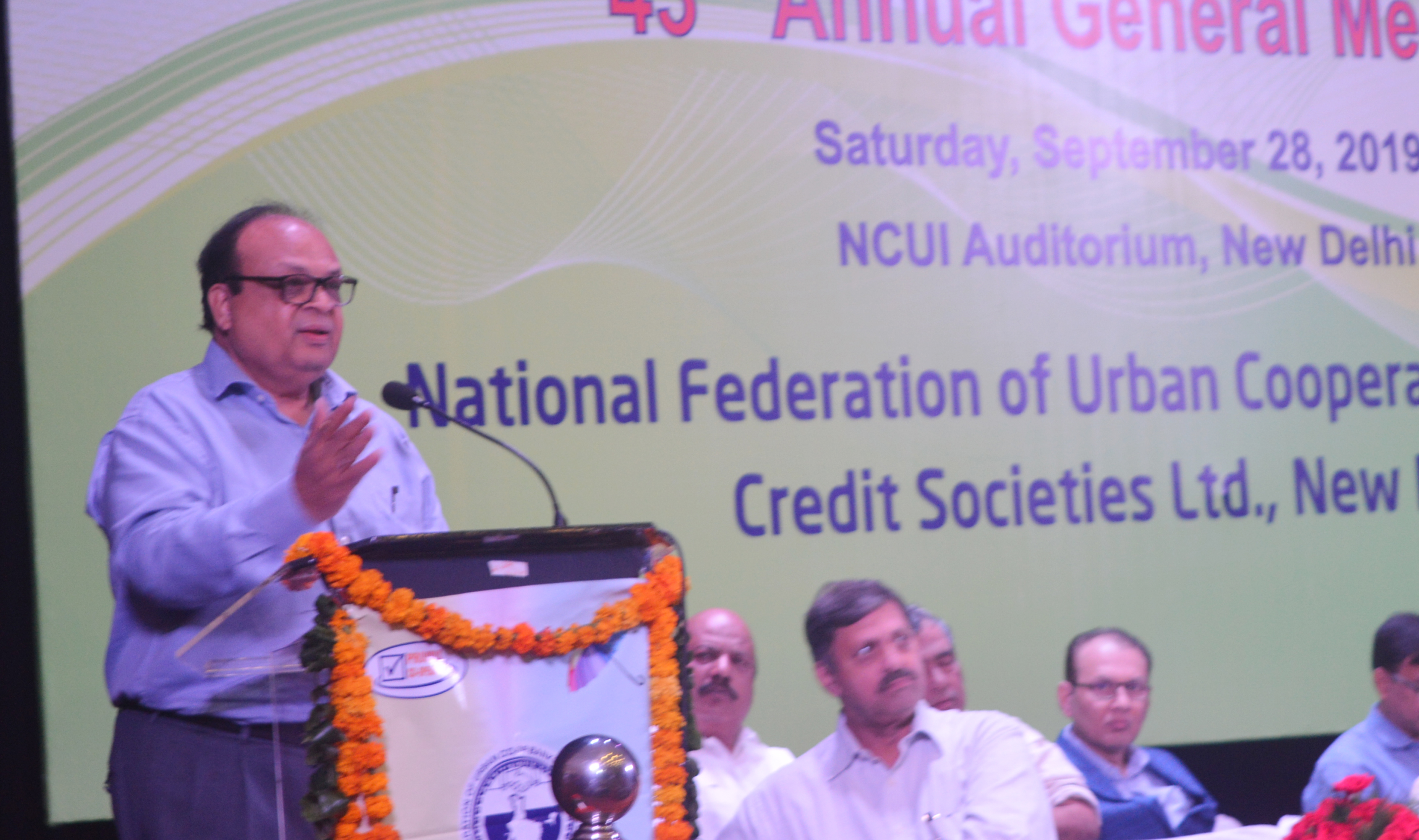 and the context were different.

Talking to Indian Cooperative, Nafcub President Jyotindra Mehta, meanwhile said that problems like PMC Bank or that of any other may come down as Umbrella Organization does have a provision of SRO (Self-Regulatory Organization). “We are hoping to come up with a feature where UO along with RBI would have power to supervise the UCBs. Umbrella may also rope in agencies to do the job more thoroughly”, he added.

Talking of the global meltdown witnessed by USA and other countries in 2009-10, Mehta recalled how due to the UO like bodies active in USA, credit unions came out unscathed when even the biggest of the lot including Citi Bank or AIG were deep in trouble.

“You cannot imagine what Umbrella can do as it has a huge prospect and can always expand its area of influence by initial successful launch”, Mehta sounded optimistic.