by Mr. I C Naik
in Cooperative Coffee Shop, From States
0

May be a coincidence but as we launched this series February this year, on self re-development (by-passing the real estate) encouraging news have started pouring in. In the month of April this year the State urban development secretary Nitin Kareer, unveiling the features of the new development plan, reportedly  disclosed that soon private housing societies that are over 30 years old and wish to undertake redevelopment can claim an additional 15% built-up area per flat at no extra charge. “This will translate into one extra room per flat,” he added.

Reportedly some activists are quite optimistic that nearly 40,000 housing societies will benefit from this. Like any announcement of the State Government this is also not free from controversies. Gulam Zia, executive director of Knight Frank India ( a leading International Property Consulting firm) is reportedly of the view that “Many older private buildings are very small, with 10-15 flats. So the15% additional built up area may not be enough to attract big developers.

As it is, the smaller developers are facing losses” If this is so it’s a blessing in disguise for small flat housing societies. The concept of Self-redevelopment should thrive in this scenario, they are keen to bypass the real estate players. What well-known Developer Nayan Shah of Mayfair Housing said is also a pointer to such self-redevelopment opportunity namely that the high premium chargeable by the BMC for adding FSI on a plot also makes, redevelopment of private societies unviable for developers.

This is also a good news for self-redevelopment. CA Ramesh Prabhu, the Chairman of Maharashtra Societies Welfare Association reportedly sounded quite positive when he said that “Over 20,000 housing societies in Mumbai are awaiting approvals for redevelopment and this incentive may be a major boost”.

On this August 2, Mumbai Mirror reported several pieces of news – a great booster to the self-redevelopment. In brief these are:

In reply to a question as to what prompted the bank to tailor such a self-help scheme for housing societies, Chairman and BJP MLC Pravin Darekar reportedly lamented ” Thousands of redevelopment projects across Mumbai are stranded for various reasons. The builders promise to undertake redevelopment in two-three years, but the projects drag on for five to seven years and in some cases, for more than a decade.”

Interestingly Darekar added “We not only provide loan up to 90% , but also contemplate to hand-hold these societies in obtaining permits from the BMC, MHADA, MMRDA, environment ministry and other government departments” A very good booster to small housing societies. Mumbai Mirror informs that the MDCCB has a special cell and panel of experts and contractors, who give professional advice to the societies. “But the societies are free to choose any architect or contractor,” Darekar clarified.

According to Mirror’s assessment “There are around 33,000 housing societies in Mumbai, most of which were built in the 60s, 70s and 80s and are in dire need of redevelopment.”

Theme of this series is, for a successful self-redevelopment, the management of co-operative housing societies should function for 5-10 years in advance strictly in accordance with the cooperative principles.  One can see this theme getting confirmation in what Mr. Sitaram Rane, president of the Maharashtra State Cooperative Housing Societies Federation, reportedly said, “The self-redevelopment will rekindle the spirit of cooperativism and help the members most while eliminating middlemen like builders, who pocket huge profits in such projects.” Housing societies should start preparing themselves without waiting for full-fledged Project idea to start taking shape.

Shirish Deshpande, Chairman of consumer rights group Mumbai Grahak Panchyat, reportedly urged the state government to promote this scheme. In his view “It will help bring down the prices of flats in Mumbai. The housing societies will not be as greedy as builders while selling their sale component flats. If self-redevelopment happens on a massive scale, then the builders will have to bring down the prices of flats as well.” It looks like ‘achchhe din’ for housing societies in Mumbai are in the offing.

Presently cooperative housing societies are obliged to take certain mandatory steps : Few critical ones of these steps will need substantial modification by issuing a correction circular using authority given under Section 79(2)

Housing societies having buildings constructed in nineteen eighties or earlier must be contemplating self redevelopment may be after 5 or 10 years should immediately go for amending their Bye-Laws providing for suitable role of members in general management on the lines of cooperative principles and on a Self Redevelopment Team specifically.

It is advised that a task force is constituted to study the cooperative principles and actual practices currently followed. The task force should prepare a time bound action plan to ensure that all necessary changes are brought in to management practices and imbibing membership discipline conforming to cooperative principles. There should be started ongoing tasks taken up by a few members to discuss and exchange views inter se all the members on redevelopment issues and handling thereof- Self redevelopment will undoubtedly call for “sub-kaa-saath”. 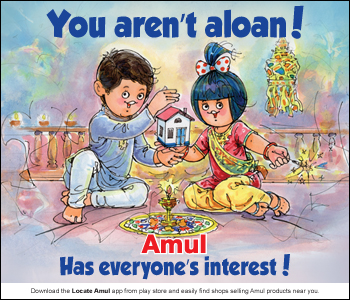