Karnataka based Gnana Shale Souharda Credit Cooperative which has announced a grand plan to take the society to newer heights and achieve a business target of Rs 500 crore by 2024, is also working on many other revolutionary ideas.

Talking to Indian Cooperative correspondent the founder Chairman of the cooperative Sridhar Neelkant Rao said, “Presently, we are focusing on promoting Self Help Groups and empowering the weaker sections of society by offering them micro credit. The society is also planning to launch food processing units to diversify its business activities to generate more income”, informed Rao.

Urging cooperatives societies to go digital he said it would provide them with a platform for growth. The potential of cooperatives to transform lives at village level is enormous as banks have not reached out to the rural population as they should have”, he remarked. 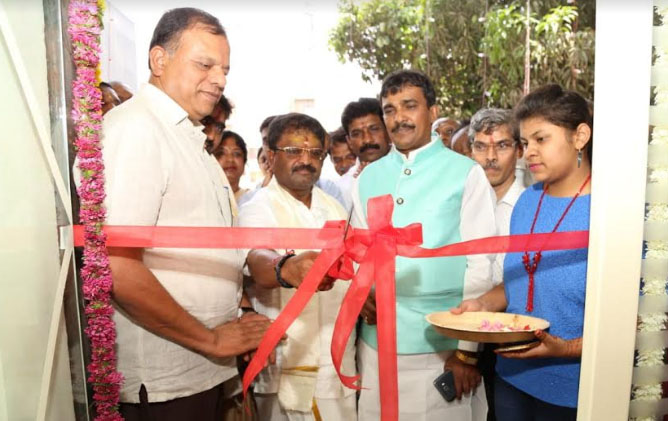 “We have already crossed the business mix of Rs 100 crore and are aiming to achieve a business target of Rs 500 crore by 2024. We also aim to build a strong network in Karnataka by 2024” claimed the chairman.

He added that in a bid to expand our areas of operation we have recently opened our 10th branch at Devanahalli, it is a town in Bangalore. It was jointly inaugurated by Devanahalli MLA Nisarga Narayana Swamy and Karnataka State Souharda Federal cooperative President Krishna Reddy.

“We are expecting a business mix of Rs 10 crore from the newly opened branch. We will open two more branches in rural areas and three branches in urban areas by 2020”, said Rao.

The society has more than 4,000 shareholders.