Senior cooperator Bijender Singh met IFFCO Managing Director Dr U S Awasthi in the latter’s office ostensibly to greet him on the New Year eve. Besides being the Chairman of NCCF and Delhi State Co-op Bank, Singh is on the board of a host of co-op federations including the apex coop body NCUI.

The news of the meeting of the two leaders was shared by Awasthi through twitter. “Today, met Sh. Bijender Singh, the senior cooperator & Chairman of Delhi State #Cooperative #Bank at #IFFCO Sadan”, MD tweeted.

The meeting is seemingly routine but knowledgeable source say there is more to it than meets the eye. They point out that as the Presidential election of NCUI is due next year, efforts are being put in by some contenders to gain IFFCO’s support.

The incumbent President Chandra Pal Singh cannot fight for the third term given the limitation of the NCUI Byelaws, there is a subtle effort going on among the top contenders for the post. “Bijender Singh is one among them”, they point out.

Besides G H Amin and Bijender Singh-the two incumbent Vice-Presidents, yet another rising cooperative star Biscomaun Chairman Dr Sunil Kumar Singh is likely to throw his hat in the ring. Sunil has taken all the pains to 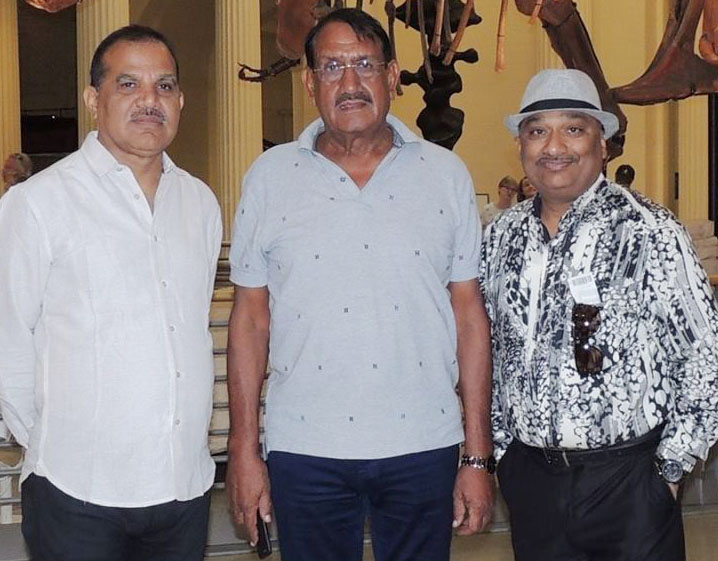 bridge the gap that existed between a Kribhco Director (Sunil is on board of Kribhco) and IFFCO MD. He is selling IFFCO urea in the state and is displaying Dr Awasthi’s photographs in all his advertisements. Sunil has also made it to the good books of both Chandra Pal Singh Yadav and Union Minister Radha Mohan Singh, points out his detractors.

A Knowledgeable source says Awasthi is astute enough to weigh the pros and cons before taking any decision. “His long innings at the cooperative and his confrontation with its multiple struggles seem to have yielded him all manner of instructive experiences”.

NCUI Presidentship would be decided to a great extent by Chandra Pal Singh. “In recent times the duo of  Yadav and Awasthi have developed some kind of a personal chemistry (witnessed earlier at the election of ICA A-P and later during ICA Board elections) and they may jointly  propose a third name hitherto unheard of”, say a few cooperators hazarding a guess.

Bijender Singh is very close to Chandra Pal and they make it a point to appear together at any co-operative show. Sunil has lately joined them and could be spotted by their sides in most of the functions. This complicates Chandra Pal’s job.

Chandra Pal compulsion is that he would like to have someone who would vacate the post when the Byelaws allows him to take-over. Being aware of the fact that “co-op politics” is inherently unreliable, it would be a tough call for him. “He must be happy that the tough call is yet far away”, said a senior cooperator to Indian Cooperative.

The source also felt that the Modi govt may also play a crucial role in the NCUI elections. It cites the example of Uttrakahand and Gujcamosol where Congress nominees were sidelined by the ruling party. The role of GH Amin acquires importance here as he may be tipped as the official candidate by the BJP. However, many dismiss it and say his connection to BJP is at best superficial.

Whatever be the outcome- the current bonhomie noticeable among NCUI leaders today may not be visible when the election year of 2019 sets in; new year greetings, notwithstanding!