The much-hyped Bihar Cooperative conference is going to be kicked off tomorrow (23rd February) even as the Capital of Bihar is being dolled up like a bride to welcome the outstation guests, most of whom are about to reach Patna, addressing a press conference in Patna on Saturday Biscomaun Chairman Sunil Kumar Singh said.

The top cooperative leaders from almost all the states from Kerala to Kanyakumari are coming, said a Biscomaun official entrusted with the job of overseeing their stay and comforts. All the top leaders NCUI President Dr Chandra Pal Singh Yadav, IFFCO Chairman B S Nakia, its MD, Dr U S Awasthi, Dileep Sanghani, Bijender Singh and others are coming. WWF President Nandani Azad and Tamil Nadu co-operator Ovr Ramachandran are also coming,, among others. “There are more than 200outstation guests”, said the Biscoman Chairman.

Cooperators who usually do not get enough media attention have their huge cut-outs hanging from every corner of the town, making an average Bihari ask who are they? “Truly it is a moment of pride for a co-operators”, quipped one of the guests coming to attend the show from Maharashtra.

Hoardings numbering more than four dozen have been put up welcoming the guests, said Sunil Singh. “We also have made different gates at Maurya Hotel where co-operators would be staying; there are Sri Lal Shukla Gate, Sahakar gate, etc,” said the Chairman. 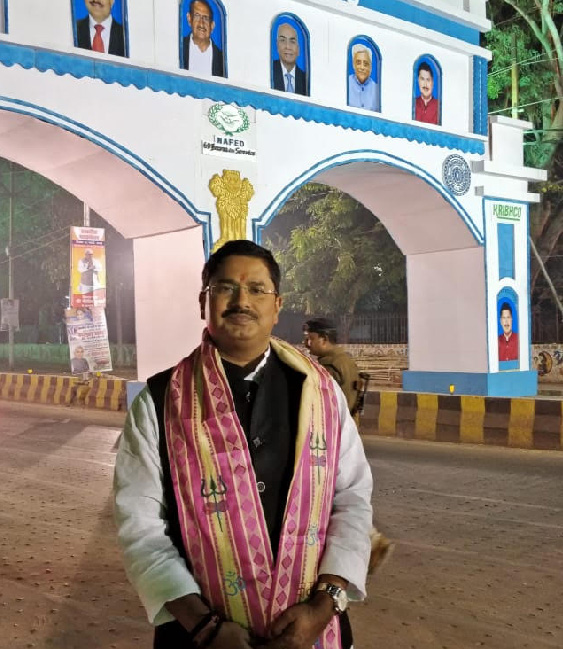 Panchayats of the state. He lauded the cooperation of state ministers and said several of them are being accommodated in the sprawling bungalow of Rana Randhir Singh, Cooperative Minister.

Biscomaun has also employed modern technology and multi-media in the run up to the event. Elaborating the Chairman said each participant will have a unique card with distinct bar code and we have done away with the “one card for all” system. There would be name and photo of the participant on the card, he added.

“You will remember the event also because of its high cultural content”, said Sunil Singh who has enlisted the famous artist Ajit Anand, among others, for the evening. “There is a flute singer, are tired army-man who casts a magical spell by his performance”, he added.

Though not willing to discuss the funding of the event in the beginning, the Biscomaun Chairman later relented and said the major support is coming from PACS delegates who have contributed to make the event a grand success.

“More than the money the cooperative spirit matters and it is quite high”, Sunil concluded.