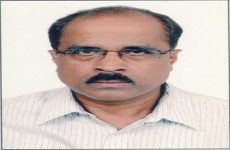 ICFO has 22 members in 20 countries around the world. It is one of the most active organizations of ICFO. The ICFO is supporting existing fishery cooperatives and aiding in the development of new ones.

The apex cooperative federation of fishermen FISHCOPFED is also doing wonderful job back home leading ICA President Dame Pauline to concede that it is indeed doing great to help the lot of fishermen in the country.

Talking to Indian Cooperative soon after getting re-elected a beaming MD , Mishra said “ We have insured more than 41 lakhs fishermen so far and every year we attempt to increase this figure. The present insurance amount is one lakh but we wish to increase it further”.

However, it wants to begin a fruitful dialogue with the new government. There are several issues on which we would like to have a sympathetic ear from the government side. We have a unique data bank and we want more schemes from the government, he added.

Fishcopfed is maintaining a growth rate of 20 per cent and hopes to continue with the figure till 2020. We are happy but not satisfied. We have to hit higher numbers, a jubilant Mr Mishra said in the wake of his re-election.